Hi all am I correct that the 3000L has no cmm5 option? Just puck or internal option?

Make sure you have the ones with the “new” pucks that Cambium will send you if yours didn’t come with one otherwise save yourself and your customers a lot of frustration and anger and just pretend 3000L doesn’t have GPS at all… probably better off just using 300CSM, it’s pretty much a 3000L that doesn’t pretend to have working GPS.

And actually I can’t even say for sure that the new pucks actually fix 3000L’s loss of sync issues but we did try a couple when they sent us the new pucks and for the 3 months they were up there was no loss of sync vs no pucks or pucks from 1000/2000 radios on 3000L’s would drop sync for hours/days at least a couple of times a month.

Thank you for your reply. So my question is how does one know if its the new pucks or the old ones?

Thank you for your reply sir, greatly appreciated.

You should be able to get most of the info from this thread, there are pictures of the different puc generations there.

I haven’t bought a 3000L in a year or two so I have no idea what the pucks that come with them now look like but the pucks they mailed me are not magnetic, they have a 3M branded adhesive sticker thing instead.

The post Kyle linked there you will notice that Fedor says there are 3 gens of pucks but then when he shows the pucks , he only shows the first 2 gens. They have been frustratingly unwilling to provide useful information on the Mystery Pucks.

Here is what I have: 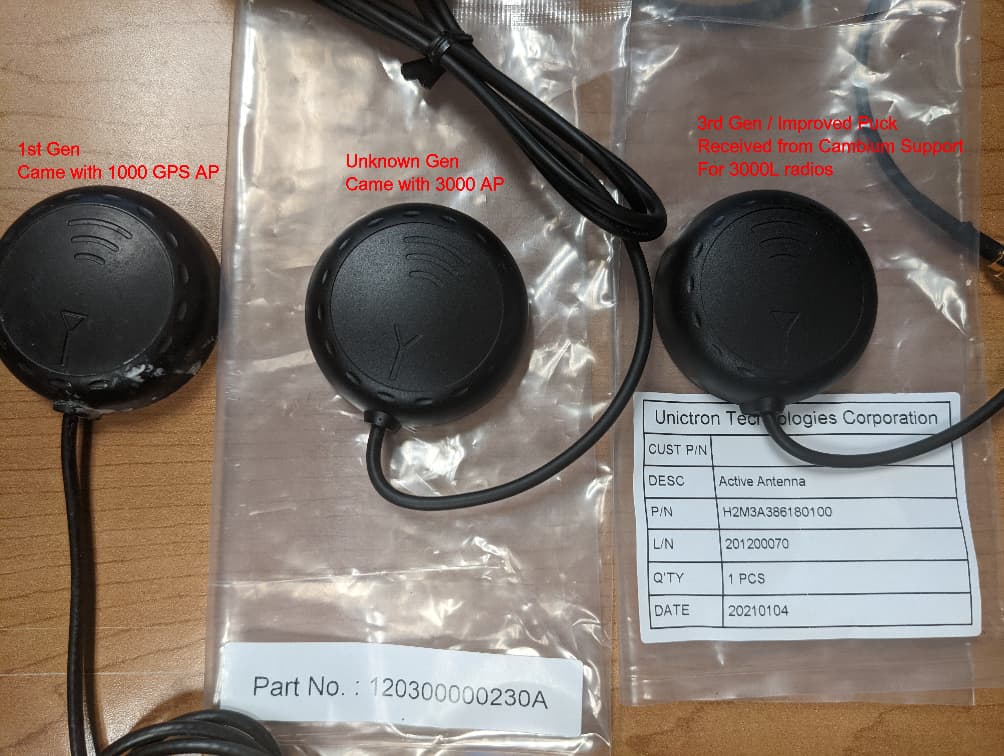 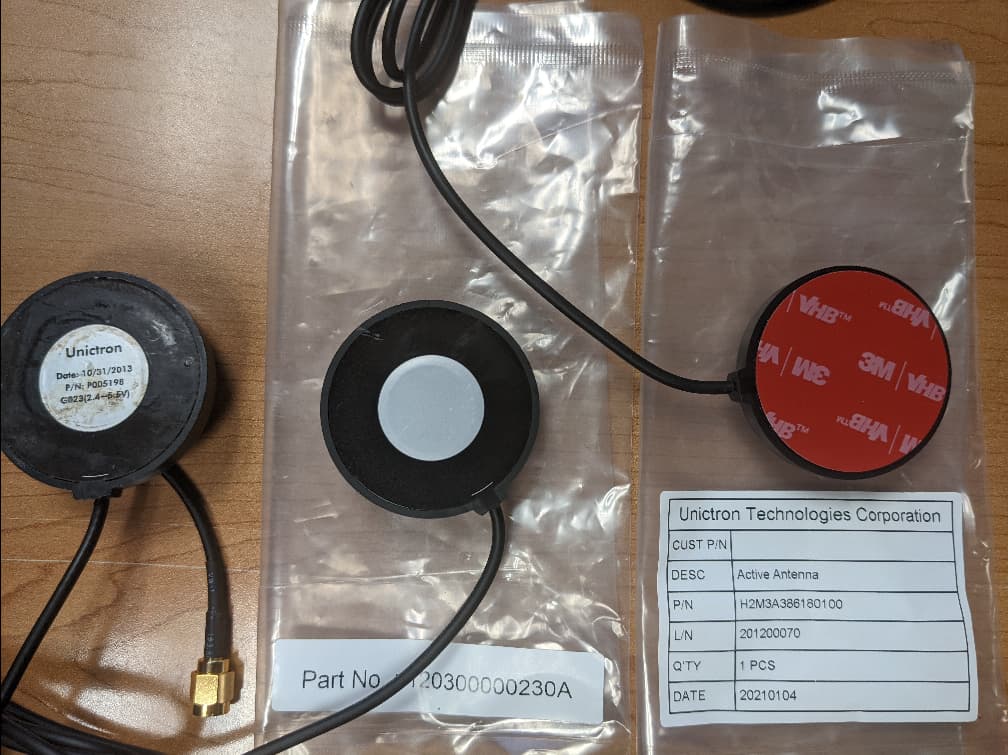 Oh, also, if your 3000L did not come with a mystery puck and you start a ticket to get one… the first thing they did when I did that was ask for a technical support file from the radios. I told them that the most of the 3000L’s I had had never been installed and would never be installed and I would return / ebay them before I would install them without pucks. I even offered to purchase the pucks if they would just give me a part # and they would not do that. They gave in and sent me pucks for all of my 3000Ls.

So don’t let them make you install the thing , have all your customers raging over lost service for weeks while you go back and jump through the support hoops to get a puck mailed to you. If you are going to depend on that 3000L having GPS do not install it until you have that puck.

Thank you very much for your reply! This is a very confusing situation because as per Kyle’s link the new gen should be square… so all of my 3000L and 3000 radios came with the middle puck in your picture. When I reached out to cambium about it they sent me the pucks on the right of your picture and they said they were the latest version of pucks… so are the square pucks the latest? I have both 3000 and 3000L with very low to low SNR… I know it is not outside variable as on the same tower another radio has amazing SNR on all Sats tracked, I am chalking it up to this whole puck version issue but just want to be sent the correct ones… Ive never received square ones thats for sure.

To the best of my memory the square pucks are what came with the 2000 APs. I don’t believe we ever received square pucks with anything else. I just received some new 2000’s a few months ago I can look and see if they are still shipping with the square pucks (I’ll also check the firmware version as they could have been setting in a warehouse for years before I got them).

The pucks are confusing in general. The only square ones I’ve received were with 3k mu-mimo radios. The “new” round ones with the 3m tape on the bottom seem to have fixed most, but not all of the sync issues we saw with the square or earlier round pucks.

I don’t remember if the earlier 3000’s came with square pucks or not but all the most recent ones ( I just opened a 3000 we had just received for the above pics) are round.

The 2000’s came with square pucks as I just opened one of those we got a few months ago and it has a square puck. I checked the software version on it and it came with v4.5.6 software on it so that radio has been sitting in a warehouse somewhere since the end of 2020 (v4.6.1 came out Jan 2021) and newer 2000’s maybe ship with new pucks… I don’t know.

No the link just doesn’t show the new gen, the square pucks @fedor shows in the link are 2nd gen and it even shows that they are 2015 to Aug 2020. I have no idea why his post that was supposed to de-mystify the whole puck thing then omits the puck all the mystery is about and as you show, just causes more confusion as a result. As far as I know square pucks only ever came with 2000 AP’s, I don’t believe any of the 3000 AP’s I have ever opened had a square puck but maybe I just don’t remember it correctly.

That said, there very well could be a newer newest puck and it is square but it would not be the old square puck in fedor’s post. However the round ones with the 3M stickers on the back are, according to Cambium, the new and improved pucks and what testing we did with them they absolutely made an improvement over previous pucks on the 3000L.