Below is the IProute summary 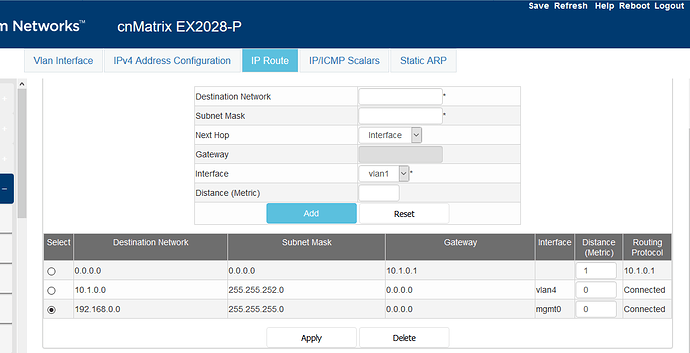 What firmware version is currently on the switch?

That firmware version is fine.

The AP plugged into the switch, what VLAN is that using?

Can you also share a screen grab of your VLAN settings?

The AP is on vlan 4. Below is a screengrab of the vlan

Umm OK, is the switch receiving an IP address within your VLAN 4 subnet?

By default the switch isn’t setup to be a DHCP client.

The IPv4 Address Configuration table shows switch has ip address 10.1.0.56 on vlan 4, but the IP Route table displays Gateway 0.0.0.0. For the switch to get connected to the cloud, it needs gateway IP address, and the DNS server IP address.

How does the switch get the IP address for vlan 4? Is it through DHCP or static configuration?

Do you have ssh access to the switch? If yes, please type the following CLI commands:

How does the switch get the IP address for vlan 4? Is it through DHCP or static configuration? - It gets its IP from the dhcp pool. The gateway is also there as seen on the default route. 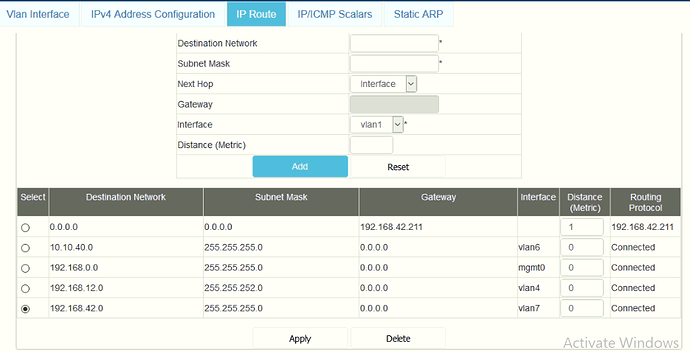 The IP route is as below.

The cnmaestro status as seen here below 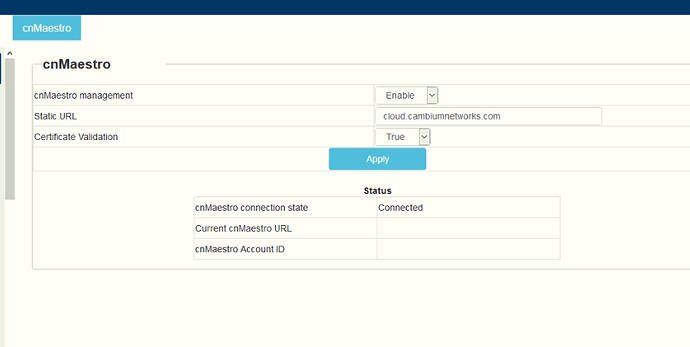 What should be the setting?

The default gateway 192.168.42.211 is reachable through vlan 7. Does vlan 7 connect to the internet? My understanding is that vlan 4 has connection to the internet which is required to reach cnmaestro. For testing the internet connectivity please you remove ip address from vlan 7 using the commands:

We don't support ECMP in current release, so if DHCP servers offer default gateways to both vlan 7 and vlan 4, one of the gateway is installed.

Is there a way to force the gateway to a specific vlan, say if it automatically selected the vlan 7 gateway we force it to select the vlan 4 gateway? will we have support for ECMP in future release?

"We don't support ECMP in current release, so if DHCP servers offer default gateways to both vlan 7 and vlan 4, one of the gateway is installed."

There are couple solutions, with solution 1) is more practical.

1) Disable gateway advertisement on the DHCP server on vlan 7

2) Force gateway to learn on vlan 4 first. This can be done by disabling IP interface on vlan 7. After gateway is learned for vlan 4, re-enable IP interface on vlan 7. Be aware that after switch reboot, there is no guarantee gateway is learned for vlan 4 before vlan 7; or when vlan 4 is down, gateway for vlan 7 will be installed. The same workaround has to be applied for these conditions.

To toggle IP interface on vlan 7:

ECMP will be supported in future release, but it will not solve this problem. Both default routes are installed but the switch does not know which gateway/path to use for the cloud connectivity.

Perhaps the notion of management VLAN may solve this problem. The switch will be forced to send all management traffic out onto management VLAN. Currently there is no such a capability. We will investigate and add this capability in future release.