When you login to forum and you see ePMP3000 there on the very top, then you know it is happening. 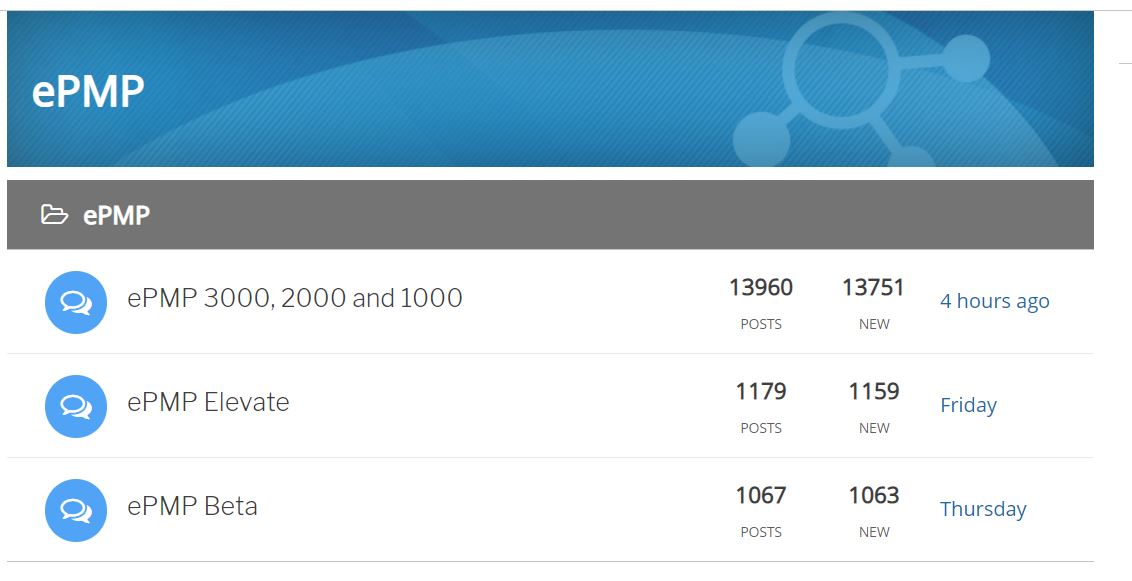 Yeah, I’m guessing there will be announcements and demonstrations forthcoming.

Like a kid in a candy store!   Well - more like a kid looking through the window of a candy store, but can't have the candy quite yet.  :)

Distributor rep says his company is taking pre-orders now and expects to ship around Thanksgiving. Has not giving me any pricing yet though.

We have a project with our local city to bring high throughput wireless internet into the city by means of the city water tanks and any other vertical structure the city owns (may do some 60Ghz as well). City has it's own fiber ring but has learned fiber to the door is cost prohibitive. Anyway...we have been waiting for what seems like ages for this anouncement. We just do not have the money to invest in the 450 line at this time and definitely no money for cnMedusa. We are also like kids in a candy store.

Cool. It was Thanksgiving here in Canada this past Monday, so maybe we already have them here?  LOL.

Distributor rep says his company is taking pre-orders now and expects to ship around Thanksgiving. Has not giving me any pricing yet though.

Street MSRP pricing is $799 for the radio and $399 for the 4x4 antenna w/integrated radio mount.

Thanks, you know more at this point about pricing than any distributor I have talked to so far this week.

$799 appears to be MSRP, street price should be significantly less, if that's the case.

Does anyone know if there is a LITE version as well as a FULL version, like there has been with ePMP1000 and ePMP2000?  I hope they keep up with that model on the APs.

I was quoted $689 for AP and $299 for antenna. I was told no lite version. At least not at initial release.