Booted up our first cbrs radio at the tower today, imported into cnmaestro
started the CBRS procedure and get:

When a DPA activation causes a grant to be suspended, the SAS replies with “The grant is suspended because it is in the move list of a DPA that has been activated.”

we are no where near the coast, in fact our install is on top of a 4000 foot mountain.

Is there something i need to do?

Are you within a couple hundred miles of the coast? Have you tried a different channel?

I am more than 100 Mile from the coast in any direction, I can try a different channel

Are you near a military base? Sometimes you get stuck in a 501 state until CPAS runs the next night.

No bases near by, we are running a communications tower in NH, Basically not close to coast or any DPA.

The entire state of NH is affected by DPAs from the information I found. protection criteria for CAT B CBSDs is 368 KM from the edge of a DPA. DPAs are only for the lower 100Mhz 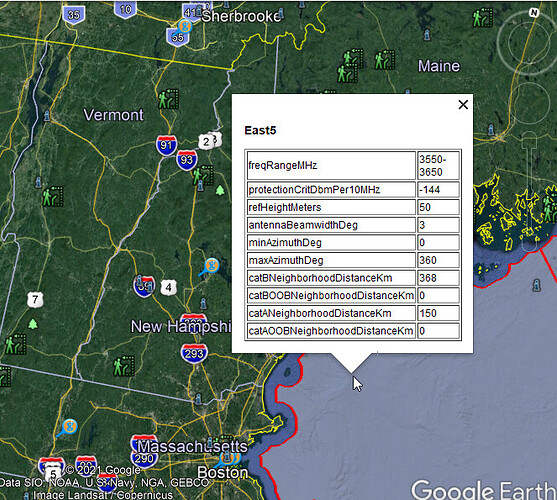 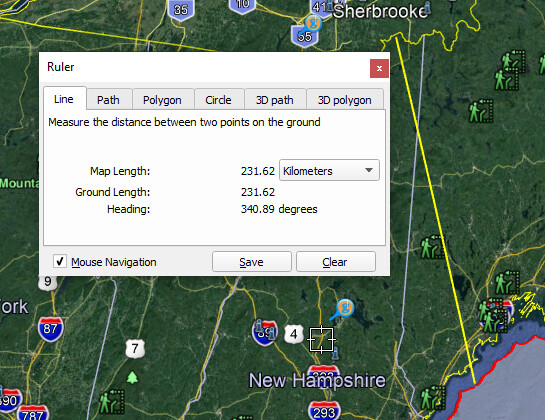 This was very confusing to us the first time as well. cnMaestro does not make it clear what is going on.

You’re in a DPA area - cnMaestro makes it sound like the DPA is active and so you didn’t get granted. What actually happened is you’re in an area that could be affected by the DPA move list. Because there is an involved calculation that takes place to make sure you won’t interfere it has to be done overnight during CPAS.

So what’s happening is the SAS suspends your grant until CPAS runs overnight, then it will determine that, as you said, you’re hundreds of miles inland, pointed into a valley in the opposite direction of the coast and don’t cause any issues and it will approve you. Sometime between 4am and 7am Eastern Time.

From that point forward you should be good to go, unless the DPA activates, but even so you most likely wouldn’t be affected due to being inland so far.

Does that make sense? It was very confusing to me as well the first time until someone told me “just let it sit overnight and you’ll get approved”.

cnMaestro really should show “Grant Pending” rather than stating it’s in a move list that’s activated.

Yes it does make sense now, I was initially worried that during all our planning, we somehow overlooked that we were in a location that could not transmit. I now have no issues getting grants. I’ll be adding about 11 more AP’s, and I’m glad to know this may happen, but resolve.