The underlying functionality for Access Point formatting is very similar to that for PTP and can be referenced from following article.

When a PMP Link is excluded individually using the PMP Formatting rules, the PMP link will not be included in the BOM, reports or Performance analysis at the Access Point level, as well as at the hub and PMP Network levels.

The Access Point has an additional option to Hide PMP Links on the map when the AP is also hidden. 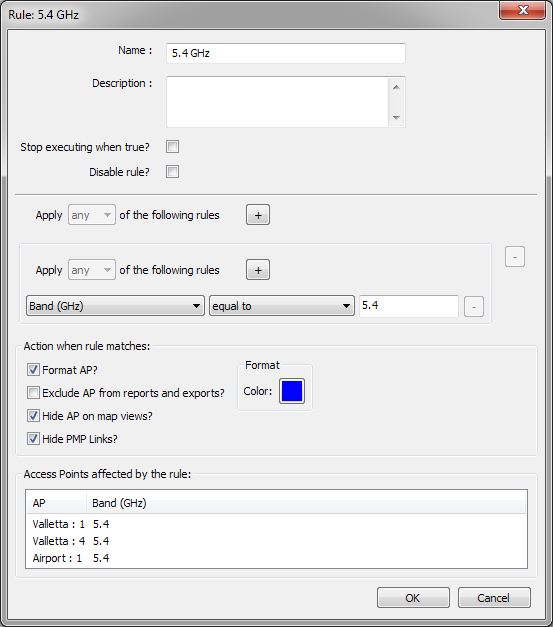