Do we have any firmware that will allow the PMP 450i gear to set the frequency carrier to anything higher than 924.50? I have an AP deployed that’s dropping SMs nonstop mainly due to the 900 Spectrum being incredibly crowded. When I run spectrum analysis there looks like some space that could provide a little relief at around 930Mhz but the AP only lets us go up to 924.50. Being that its super clean around 930 im assuming there isnt anything but just thought I would ask lol. 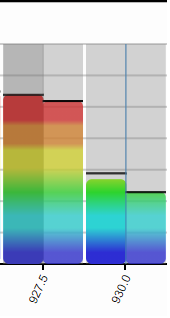 If you are in FCC land the band is only from 902 to 928 Mhz, so unfortunately the answer is no.

DeAndre,
In North America, the band limit is 928 MHz. 924.5 is the highest frequency allowed at 7 MHz bandwidth. The licensed band above is protected by a guard band, which is why you see clear spectrum above 928 MHz.

Ok thanks for the heads up guys, sorry for the noob question! lbvs