I'm connected to a wireless ISP using what looks like a PMP 450d (see photos) connected to a supplied R200P router (via PoE WAN port).  This setup/connection works fine, but for a variety of reasons I need to swap the R200P for another router I have.

As this is just a standard PPPoe connection, the only part I need to figure out is PoE requirements.  Looking at the R200P it appears to be a 30v PoE port (passive PoE like 24v?) vs the more common 48v active PoE.

So my question is, what PoE injector options do I have to safely power the PMP radio?

I assume either of these should work?

But would other standard 24v passive PoE injectors work also, or are there other proprietary things involved (like the pins power is delivered on, etc) ?

Thanks in advance for any advice! 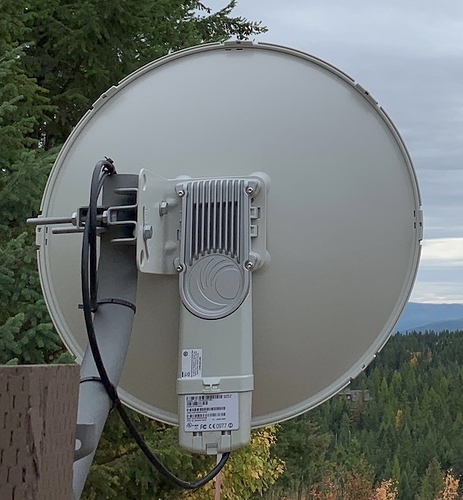 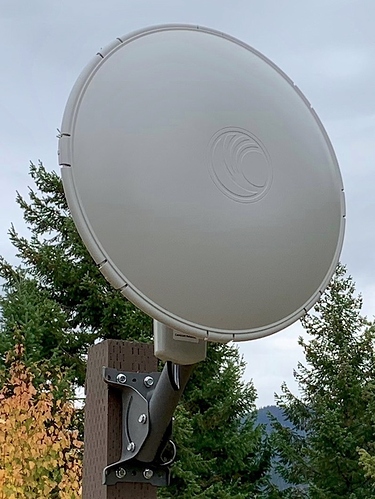 The part numbers you listed would work, but I would suggest talking to your ISP and just tell them what you're trying to do. They might be using PPPoE or dhcp from your router and removing it may cause you issues.

I don't see why they wouldn't swap out a POE for you.

Yes, it's a PPPoE connection currently handled by the R200P, but I have the credentials and can set that up in my other router.  Just needed to power up that radio externally with an injector, as the WAN port on my other router is not PoE.  They are a very small ISP so I'm a little doubtful they will have the plain injectors, as I'm sure the R200P is more than enough for 99% of their customers. :)  Still will check with them.

Still a little curious though, would standard 24v passive PoE injectors work also?  I've found a few places selling the Cambium models, but it would be much quicker for me to get my hands on others.

Honestly if they're paying for Cambium and using their routers, I'm sure they have power supplies kicking around.

Cambium has a variety of power standards. The POE injectors you mentioned use the 'Çanopy' wiring standard, which is V+ 7,8, Return 4,5, so reverse polarity in other words.

Most other 24V passive POE injectors would likely use the standard V+ 4,5, Return 7,8.

As for compatibility, as the 450d is an older model, it's probably just going to accept the Canopy standard like many of the original 450 platform SM's. I can't recall if the 450d can accept standard polarity and their reverse polarity, but I suspect not. You could always just crimp a cable and switch the wires if need be. In terms of voltage the input can go down lower than the 30V, so should be fine.

Many of the newer Cambium 30V radios do indeed accept both polarities, several ePMP SM models for example. I just don't think the 450d does, but maybe Cambium can confirm.