Is this an Elevatable radio?  I see several NBE-M5's in the MIB file, but i'm not sure which is which? 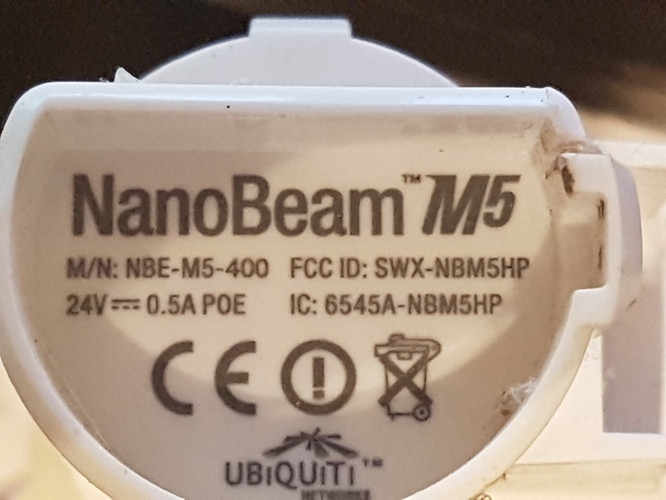 Also - this is probably a silly question - but who knows...  If I've lost the password to this radio, is that recoverable with UBNT?  For example, is there a "discovery software" which can recover or change the password - or do I have to blank/reset it in order to log in?
Mathew_Howard (Mathew Howard) April 10, 2019, 2:45pm #2

Yes, that's Elevatable - it's a PowerBeam M5-400. They changed the name shortly after they were released, but there are some floating around that have the NanoBeam name on them... technically, they need to have a new FCC ID sticker on them (which would say PowerBeam on it), if you want to use them outside the the 5725-5850 band (in the USA).

As far as I know, there is no way to change/recover the password without resetting to defaults.