The transmitter site is solar powered, and we have two 5750AP's acting as 60 degree sectors giving 120 degrees total coverage to the valley.

The system needed upgrading as on-peak speeds were getting a little slow, and we wanted to offer 10mbit speeds.

I had to decide if I would upgrade to ubiquiti M series, or epmp and decided to go with the epmp route.

The ability to have more stations per sector was one of the deciding factors to go with epmp.

Since its a solar powered site, we need to keep our load consumption as low as possible and so by using epmp we are able to fit all 35 CPE's onto the one sector, rather than running two sectors as we currently do.

This means that two 8 watt (16 watts total load) sectors was going to reduce to one 10 watt sector.

On the client side, upgrading was easy.

Although I prefer to route within the rooftop radio, we decided that for simplicity, we would just pre-configure the CPE radios in bridge like the canopy 100 system, and leave the router in the house to act as it currently does - in router mode.

Because the ePMP uses the same power supply (- on blue, + on brown) we were able to simply swap out the radios without needing to enter the customer houses.

In one day, we swapped out one of the canopy 100 5750AP's and then went around to each subscriber and swapped their rooftop radio - we did this without needing to schedule any specific appointments with customers.

I dont like the idea of using connectorised client radios, or reflectors.

All the clients were within 4kms of the high site. If any of the clients were further than 4kms we would have had to go with ubiquiti - which I find is a downfall of the epmp range. Anything higher than the basic model requires a connectorised radio for 25dbi, or an ugly reflector which is why we cant switch to epmp elsewhere on our network.

The ubiquiti CPE is all integrated and easy to assemble with one hand and no tools.

We now brand all our rooftop radios and the flat surface on the front of the ePMP was nice and easy to do.

We have a local sign writer create some vinyl masks which we stick over the radio, spray paint over it, then remove the mask to leave our logo on the radio.

They came out quite well. 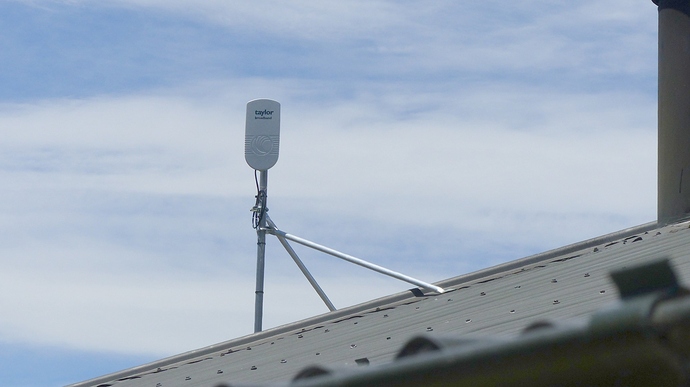 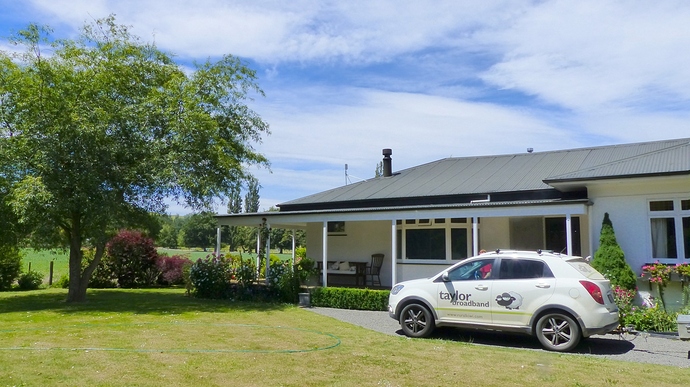 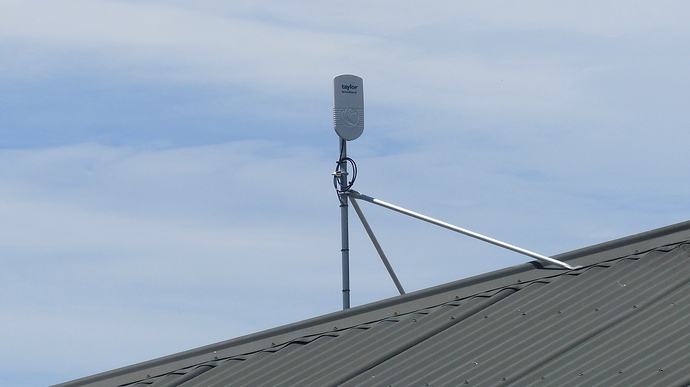 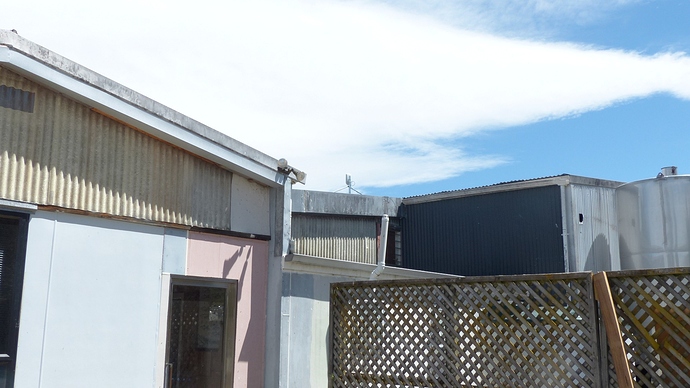 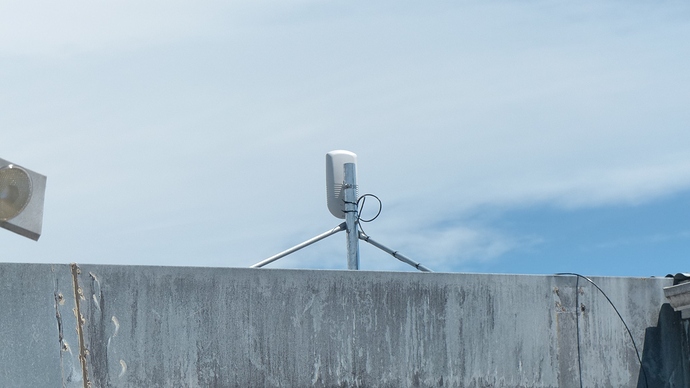 For the full album see here

This is great Ray. What speeds are the subscribers experiencing, and are they streaming video?

Okay so the customers seem quite happy.

The voip for two customers seems to have improved, however the project is not finnished yet.

I still have to do the other sector and its remaining clients. My limited budget is the constraint at the moment.

Throughput has gone from about 18mbits onpeak max to 40mbits.

However the highsite has been fed by a 32km rocket bridge + another 30km rocket bridge - which of course those links are half duplex so have tcp speed limitations over those distances.

Last month I upgraded the first backhaul 32km link with a new Air Fibre 5 - we are getting 200mbits down/60 up full duplex in 30mhz of spectrum to the midpoint which feeds a number of other high sites, one of those sub-highsites runs the epmp

This month I hope to upgrade the second 30km link - except its going to go to a mains powered shed 1km away from the high site end.

Then re-purposing the rocket radios into a 1km long link up to the solar high site to feed the epmp.

This should mean that TCP speed is incredibly faster.

The shed site is going to feed a couple of other high sites nearby also.