I will see groups, sometimes consisting of more than 50% of the connected SMs on the AP, dropping off and reconnecting in a group - this is not a DFS event, and it's not the SMs dropping power. It seems to be something GPS-related, but it occurs on all sectors of some towers, even though all those APs are running with the same GPS sync source (usually an LMG-CTM-2M).

The reason I think it may be GPS sync related is that on one tower which had exhibited this, we had 4 APs running with CTM sync, and one which was running on its own On-Board GPS sync, and on that setup, the 4 running off the CTM exhibited the problem, but the one on its own sync did not. Unfortunately, moving the one over to the CTM did not fix the problem for the other APs, but rather spread the problem to the 5th AP.

Has anyone else seen problems like this, and if so, were you able to acheive a solution? 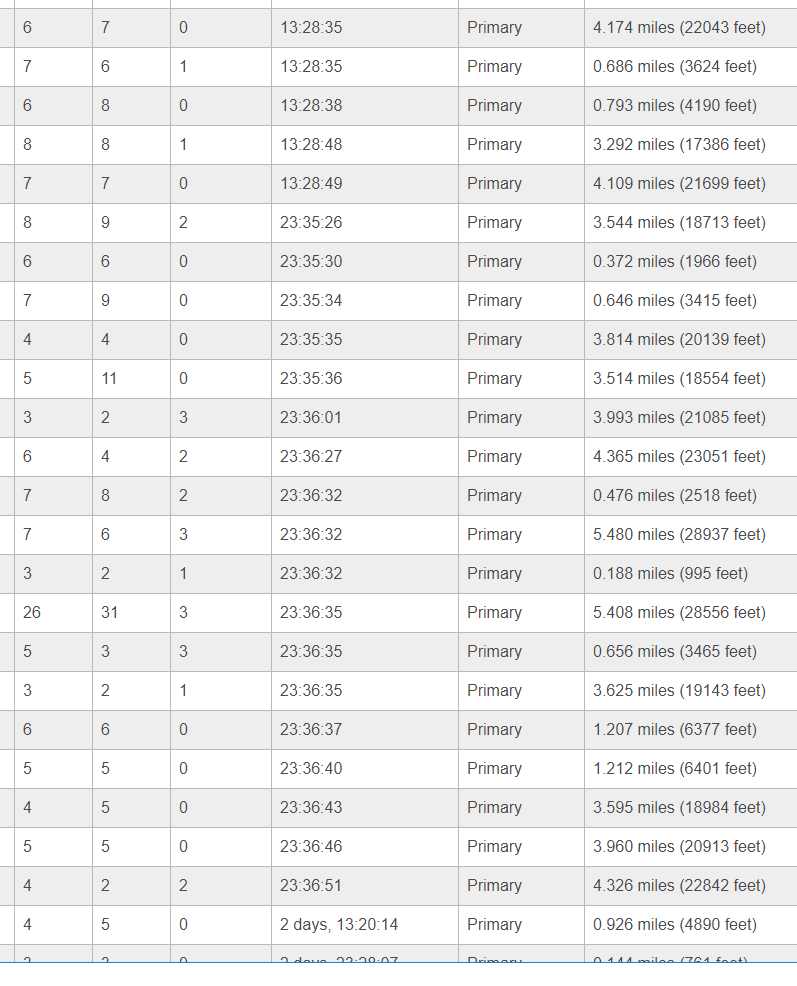 - Can you tell me what sofware version you're running?

- Are the APs set to just AutoSync or AutoSync + Free Run?

You may want to also contact Last Mile Gear if you suspect an issue that might be caused by the CTM.

APs are set to AutoSync + Free Run. Most of our PMP450s are run through CTM-2M units, but we have a few APs which exhibit the same problem and are using a PacketFlux SyncBox Jr (Aux Port version). We do have some sites which are running CTM-2M units, but do not exhibit the problem, so it doesn't seem like an issue caused by the CTM.

I suspect the problem is either tied to multiple sync sources at a site (where the GPS antennas are not exactly at the same spot), the presence of colocated ePMP non-synced units running in the 5.2GHz band, or presence of nearby other 5GHz equipment, running on non-interfering frequencies, but either non-synced or synced with yet another source.

I'm just trying to see if anyone else is seeing anything like this, and if so was there a solution...

When you see this waves of SM disconnections, can you get CNUT captures from this particular AP and all SMs connected to this AP? Wait for all SMs to connect back before getting CNUT capture.

Please send this to dhaval.chaudhari@cambiumnetworks.com

It is also advisable to bring your entire sector on same load. As per your last comment some of the SMs are running 13.2 SW version on your sectors. Is there any reason you are keeping those on 13.2? If not can you please try and bring all SMs to same software load?