Manish A sent in this description of his PTP 650 links in India:

These radios are installed for India’s Largest Private Oil & Gas Company “Reliance Industries Ltd“. These radio are installed on their Offshore Oil Platform which is in the middle of sea and Harsh environment. There are two links which are connected to their FPSO (Floating production storage and offloading which is a ship)  which is 30 KM away. Remote radios are installed with “BATS Wireless“ Gyro Stabilised Antenna System and giving 300 mbps throughput even during the movement of ship.

Customer is very happy as earlier he was having only VSAT access which was too slow (in kbps) speed against now they are getting 300 mpbs data speed. 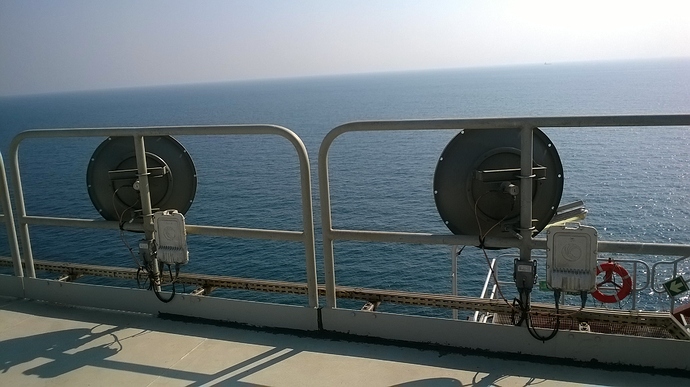 I think they're used 250Mbps license capacity per link.

Yes. They are using the PTP 650. You can find out more information on the PTP 650 HERE.