I am looking for a radio which can transmit up to 500 meters with no line of sight. currently I am using PTP 450 and Yagi antenna. Is Yagi antenna best for my application? My master is on the top of a hill and salve is at  bottom of  the hill. What antenna shall I use ? the power transmitted is 25db and gain of the antenna is 12dbi.I cant put the antenna more height than 5 meters , because the antenna is on a machine . We have many pair of antennas working good , but some of them having issues, is it due to software versions ? The situation is like in the pic 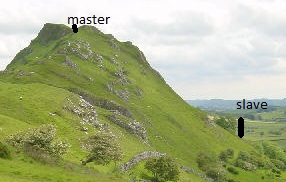 Hmmm this is a tough one... but maybe a PTP670 with the integrated flat panel antennas. Perhaps you can take advantage of PTP670's ability to process multipath reflections in this situation.

I am using 7 mhz band width and 924 mhz as frequency ..and it is a Yagi antenna . I had some the antennas worked fine, But some are loosing signals. we bought the radios in different times and with different version of software is this could be a problem(soft version) of loosing connection ? I loose connection in 150 meters in los is lost.. or as you  said reflection ??

The problem with the PTP450 series is that it doesn't like antenna movement and shifting of polarity or multipath distortion and signal reflection that changes the polarity. The PTP670 is much better at hearing these distorted signals. This is why it's used for long shots over water, or for receiving signals bounced off of obstructions. I'm recommending the panel instead of a high gain dish, specifically because it has a wider beam width and can 'catch' these stray signals easier. Even though it's in a higher band, 5GHz, it's specifically designed for nNLOS shots. You can always try to run the link through LinkPlanner and see what it comes up with.

thank you for the reply...Do you mean sector antenna by panel ? or can you recommend any panel antenna?.And I understand the Yagi antenna is having focused beam. So I am also in search of one with more beam width

There's a version with integrated panel antenna. It looks like this: 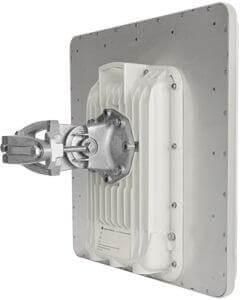 I've attached a spec sheet for your review.

I had some of the radios working fine for this application. But some are not.is it because of they are purchased on different times and having different software versions? or slave and master are using different version ? can  changing software version help me ?? Recently I found that there are many versions of software.


I had some of the radios working fine for this application. But some are not.is it because of they are purchased on different times and having different software versions? or slave and master are using different version ? can  changing software version help me ?? Recently I found that there are many versions of software.

As a rule of thumb I like to keep all my radio's software up to date with the newest stable release. If some radios are running a very old version, there could be bugs or other issues that are effecting performance. It might be wise to focus on one radio or a link first and get that running stable and then focus on other radios instead of updating everything all at once. Take steps to having everything up to date. 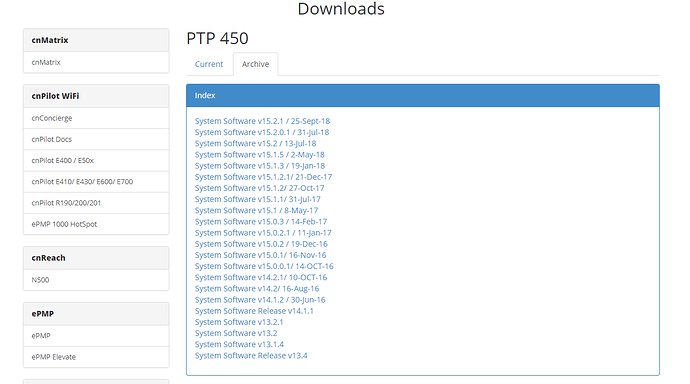