60 GHz cnWave utilizes a hierarchy of different physical and logical elements to create a network topology. These network elements consists of nodes, sectors, sites, and links, and are described in further detail below.

There are two different types of nodes:

DN - Distributes bandwidth to neighbouring cnWave nodes. A DN is considered a fiber PoP when the SFP+ port/10G Ethernet copper port is utilized to connect the cnWave network into a provider’s IP network.

CN - Terminates IP connectivity to a customer (similar to a modem) and wirelessly connects to a DN.

A sector is a wireless baseband card attached to a node.

On V3000, each DN sector supports a single wireless connection because of narrow antenna coverage.

Each CN sector can only wirelessly connect to a single DN sector.

A site is a logical element referring to the physical location at which one or more nodes are installed. A site is considered a fiber PoP when the Primary-DN at the site is interconnected to a provider’s IP network.

A link is the logical element that defines the relationship between two sectors or nodes. There are two different types of links:

Wireless - RF links, used for DN to DN or DN to CN connections. 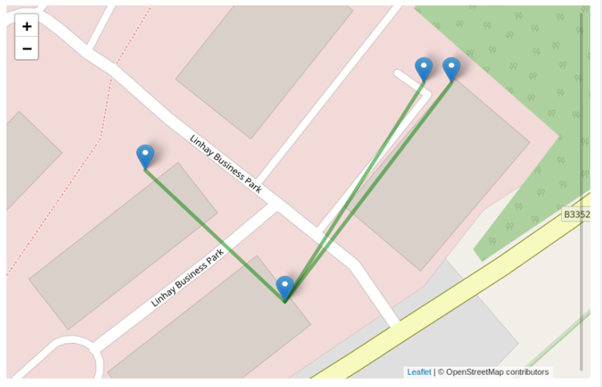