According to cambium 11 days ago:

I’m assuming “Currently” means “Eventually” ? Probably after they come out with a 4000L or something with Sync ? .

We replaced a couple of PTP550’s with F400 CSM ( just swapped them out on the existing RF Element’s ultradishes) same RSSI same everything but they don’t deliver much more than the PTP550’s did (we were replacing the 550’s because they were both randomly rebooting several times a day and we needed a just a little more bandwidth in a 40Mhz channel). 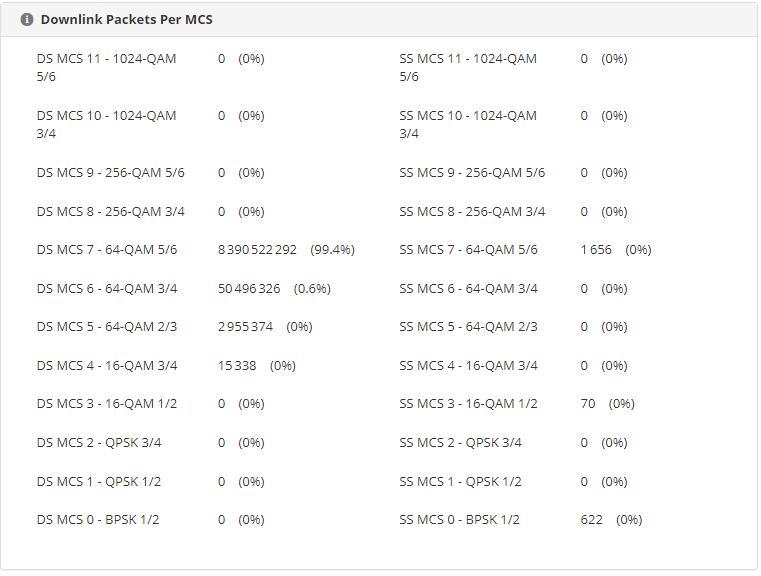 Hi @brubble1,
which FW version is in F400s?
I will really appreciate if you PM me tech support files from this link!

They seem hard capped at MCS 7 too because not a single bit gets moved at any MCS above 7.

Anyway, this is with firmware 5.1.3 and it’ll go over DS7
Not sure what to suggest with yours, that really does look like a line in the sand, doesn’t it. 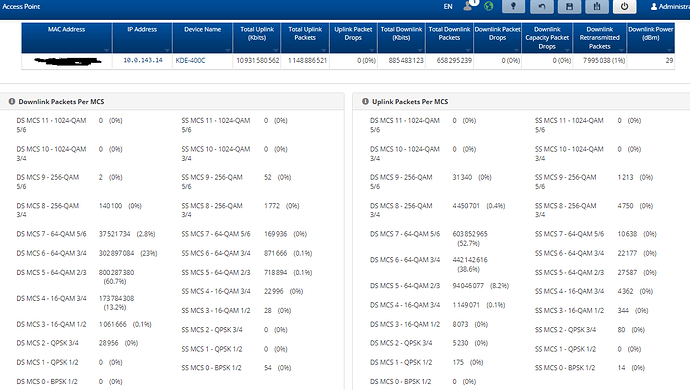 If I had to guess I would say it looks like you have a good deal of noise interfering with your link.

If the SA wasn’t such an unreliable piece of junk I would suggest taking a look at it.

nope, when i try to used 300CSM it’s better than used 400C, so, now i used 2 link with 2 equipment, maybe developer can release new firmware with some tune up

Are you using completely the same configuration? I mean frequencies and bandwidth?
I need some exact numbers to figure out what is wrong. Also there were RSSI and SNR calculation algorithm changes. So you could get slightly different numbers but with the same throughput.

On F400 you can also limit modulation to 256QAM. It will be simply faster in good radio conditions.

I found the same thing, the old link using 300csm got a higher throughput than 400c in 80Mhz bandwidth conditions, the same transmit power, the same frequency, I’m a little disappointed

300csm got a higher throughput than 400c

If (just for example) a pair of F200’s only have enough signal to get QAM16, and you upgrade to F300’s at the same SNR, or F400’s at that same SNR, the chances are you might still only get QAM16 and still get about the same throughput. There are of course some other efficiency benefits to AX over AC and N of course, but the single biggest gain with the new generation of radios will be seen IF you can achieve optimal SNR, and take advantage of the higher modulations. THEY WILL SMOKE. 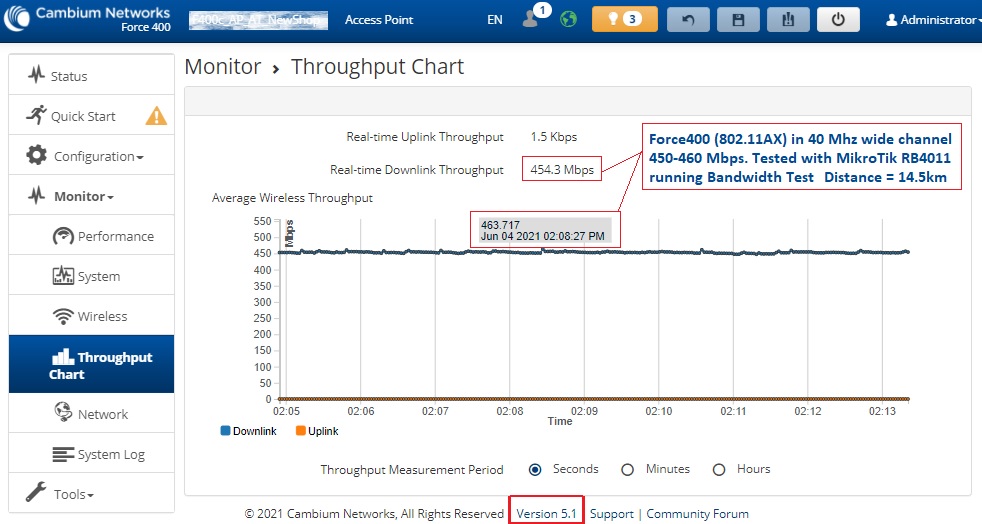