Where can we see the webinar?

Yeah, was there a webinar about this?

Also keen to see more info and updates on this :). Is there a bit of a timeframe you can give us?

Thanks for the interest in cnWave. Information will be coming soon. We will answer all questions at that time.

Any updates on the possible updates for the cnwave? :)

I'm curious as well.  I thought maybe something would be announced at wispapalooza

Any news or updates on cnWave?  Been a while since we've heard anything...

There were some photos someone posted up on Facebook of the high gain PtP radio at a recent trade show. Cambium has been pretty tight lipped on information on this, I think due to the raft of other equipment manufactuers that are soon to release equipment using the Facebook/Terragraph/802.11ay standard. They don't want to tip their hand as to how closely their following the reference design and designing features beyond that spec. Here are the photos from facebook, credit goes to Gino Villarini. 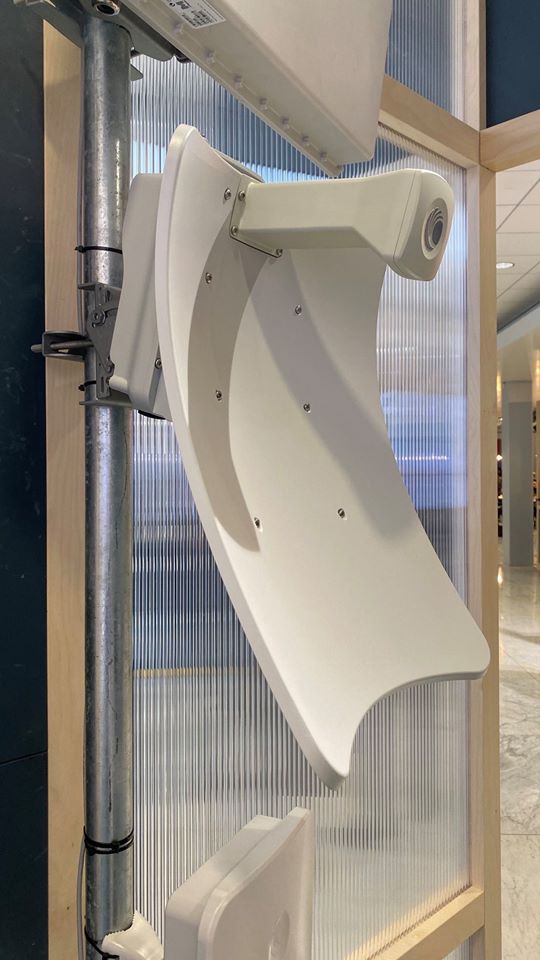 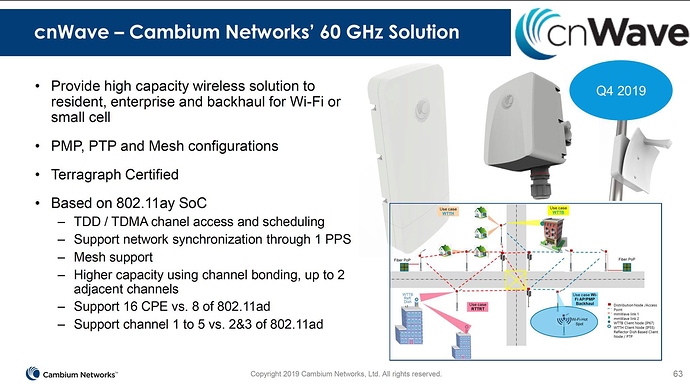 Didn't realize it was going to 802.11ay.  That's pretty cool.  I just hope the price point is competitive.  I'm hoping epmp like prices, not pmp like prices.

Didn't realize it was going to 802.11ay.  That's pretty cool.  I just hope the price point is competitive.  I'm hoping epmp like prices, not pmp like prices.

I'm thinking it will be... building off of the Terragraph reference design and using an off the shelf Qualcomm SOC will help a lot, and the fact that all this stuff uses super small antennas and very little power. I'd also imagine FCC certification is way easier/cheaper then 5GHz for instance. That and as mentioned there's a raft of other Terragraph-based stuff being designed by other manufacturers that's soon to hit the market, so they're going to need to be competitive... that or have a feature set that's so much more advanced then the reference design or competition that they can justifty charging more.

I seen siklu was integrating terragraph, haven't heard of anyone else but I haven't been asking either.  I do however keep seeing quoted, "facebooks new terragraph technology!", and to me it's starting to feel a little overhyped.  When I think of wireless I don't think of facebook.  What makes it a gamechanger?  Is ptp/ptmp with meshing.  That's nothing new.

Is the cnwave going to have 5ghz backup on their radios

Is the cnwave going to have 5ghz backup on their radios

Problems with the cnwave line?