I don’t have idea for what reason cambium don’t permit access to a shell!
so passing a escape shell to the tcpdump we can exec arbitrary commands with the user admin
the lua script block the out in the termimal, bypass this redirecting the ouput to/var/tddstats_acs_init and using a command show acs. to work in a more comfortable way i tried to open a shell using netcat but the busybox version don’t support Listening.
At the moment its not possible to have root access.

Nb: If anybody have ide how to add a static route in a epmp1000 working in nat mode please tellme!
my config is like this:

Considering adding a route to a nat defeats the purpose of nat, I suggest you better define what you are trying to accomplish.

You are using pppoe, this is a access control method for l2 only, so unless you are using pppoe to a tower router, then you have a bridged network to a bras (bng). No need to add routes to down stream devices, just to the bras.

If you are trying to route a subnet to a client then drop the pppoe on the epmp and either use bridged mode to a provided router that can authenticate using pppoe and then route from the pppoe connection to the client connection or use the routed feature of the epmp and route without pppoe. For this I highly suggest eap-ttls to authenticate bridged and routed SMs to provent theft and give control to the SM and service. If you use radius with sql backend then this can easily pass new configuration changes with only a simple session drop to make them effective.

My actual config is this: 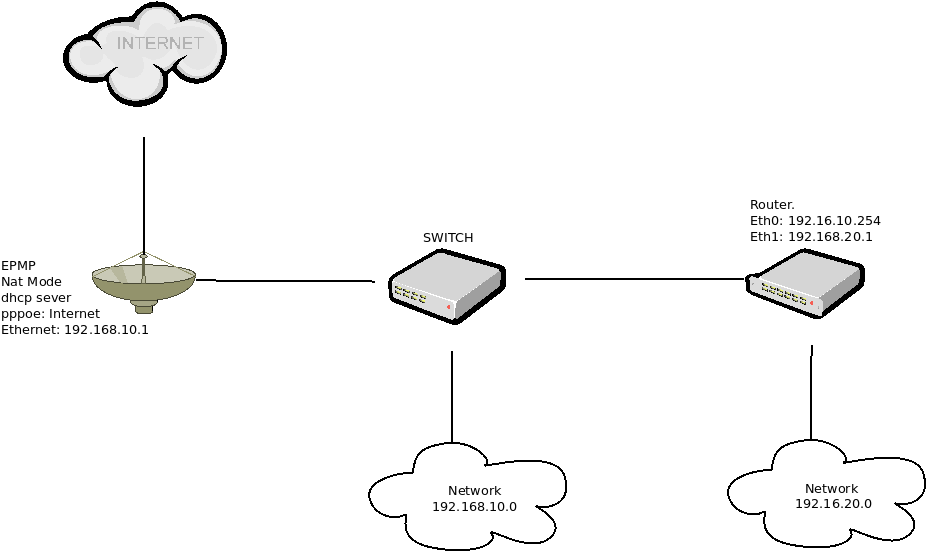 in the pass this configuration worked well the but the antenna was an ubiquity airgrid, with a static route