Hi all, as suggested by Jordan I post again in this topic to give visibility to this feature request.

We have cnMaestro on premises. We want that this tool help wisp to automate some tasks to spend less time in installations at least first two points are useful for all wisps to avoid unnecessary operations.

here is the flow
1) Automatic onboarding (if there's already a Cambium id why have I to onboard manually?)

3) Applying a configuration file contained in a folder called as the MAC address of the SM (or possibly a default template for other operators such as a golden file)
4) the operator's ability to put a template through ssh access to the master. (or via API) 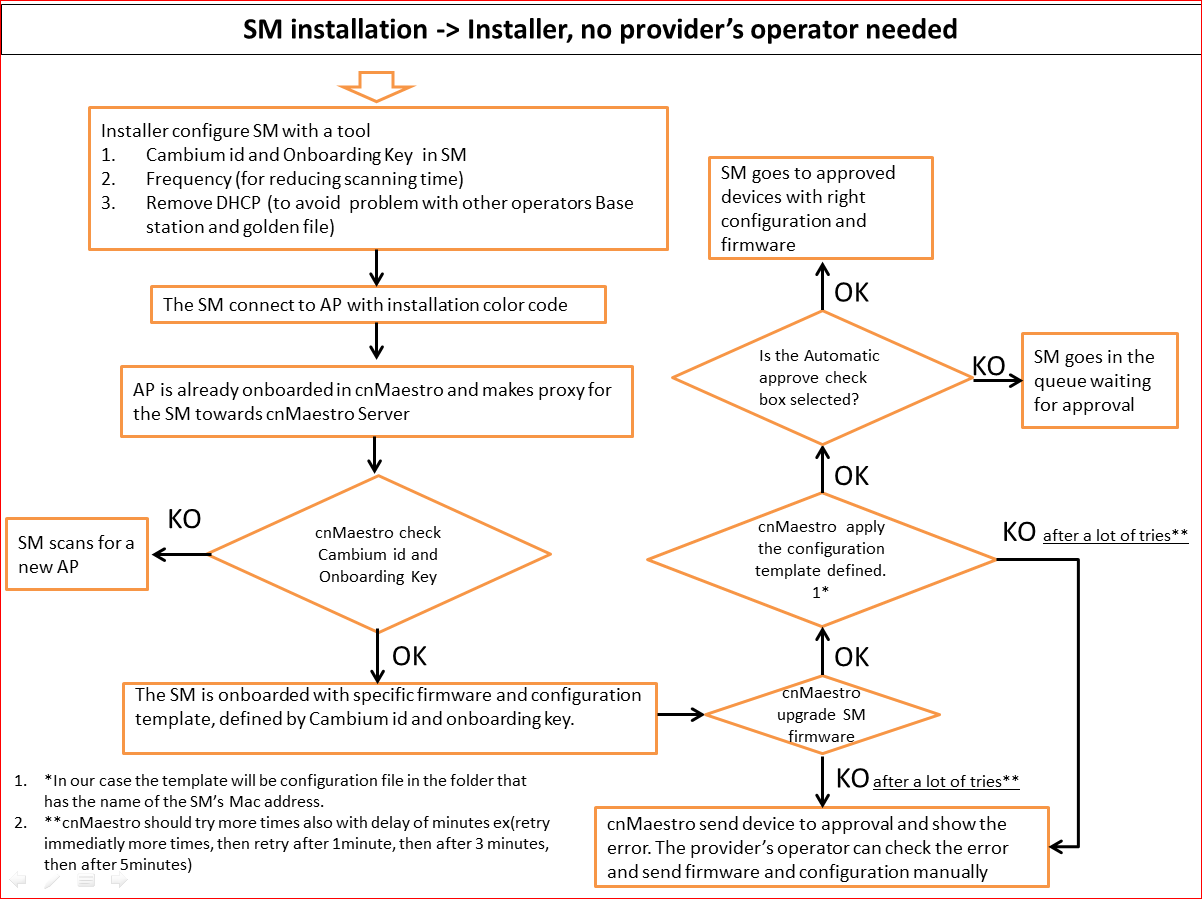 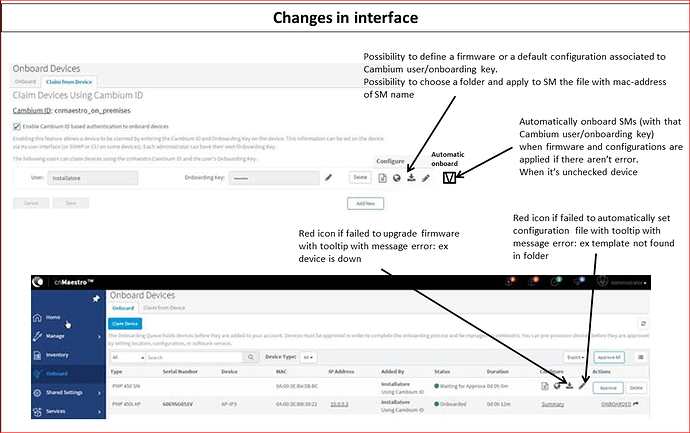 The possibility to upgrade firmware based on Cambium id is more selective than Automatically Update Device Software, where you can select a global firmware target, feature already implemented in last cnMaestro upgrade.

SMs that connect to that tower will have new firmware, instead all of the others site still remain with old firmware with a different cambium id.

Any updates on this?  It's been almost 4 months since Cambium put these suggestions under consideration, and I have a very similar set of requirements for automating our own on-premise system.  Very curious to see, in particular, if we are close to any functionality regarding automatic on-boarding (with PSK) or automatically pushing selective firmware upgrades myself, but would take the RADIUS route for configuraiton generation.

I have been through the CNmaestro API and was a bit disappointed to discover that these particular services could not be directly triggered through it either, and I'd really like to avoid resorting to page scraping or something equally as desperate if at all possible.

"CNSSNG-3837 Zero touch onboarding of PMP SMs not working if the “Claim Through Cambium ID” option is enabled in On-Premises server."

However, when I attempted to test it this morning it simply stuck the SM into the onboarding queue with status like 'approved by _USER_' but we still have to manually approve the onboarding?

Additionally, the onboarding credentials stored in the SM do not appear to be persistent between reboots, and are purged from the config once the cnMaestro connect request is sent - is this intended?  It seems like an unnecessary security measure that adds undo complexity to this work flow.

Looking forward to your reply,