Checking if anyone here has noticed dramatically increased prices on cnMatrix switches ?
I know Covid has hit hard in terms of supply issues but I bought a set of cnMatrix 2028Ps in 2020 at around $650 USD . They’re currently retailing just over $ 2000 USD now at my resellers.

I know there was a price increase across all of the Cambium product line, but nothing that high. Are you sure your comparing the same model? Getting an EX2028P for $650 was a steal of a deal. Maybe special pricing at the time to get you hooked. But they have a EX2028, a EX2028P, and a TX2028RF-P so if you have your model number mixed up, it could be a huge price difference.

I think the only one I’ve ever seen over $2000 was the TX version, the EX2028P is listed at $1482 with Baltic, but if your overseas and remote market, perhaps that could explain a high mark up. 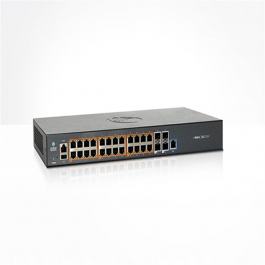 Talk to you Cambium RSM… they can get this dialed in for you.

Yeah not US Bound so pricing is probably related to other factors.
I suspect initial pricing was probably an intro offer or special offer at the time.
If I could get a hold of 1028P’s would be fine they are scarce as all hell at this time.

During the hardware shortages I broke back out my Mikrotik CRS328-24P-4S+RM. When I ordered it several years ago… It was a door stop. But it’s stable now. Been running in my basement for a few months now…
MSRP $445

Customers are more likely to “pick apart my bids” now than they used to.

If I was coming from say Meraki… Cambium would be “dirt cheap”!

My rep has tried to make cambium switching available to me… But my distro screwed that up. Now I have to wait for them to stock a new distributor.

But I really need more form factors in switches. Most importantly… I need that on wall access point with a switch built in.

Yeah I have a whole bunch of CRS switches managed via ansible at home and they work great now.I remember the terrible days when Mikrotik tried to make SwOS a thing.Cannot find a POE Mikrotik switch in stock for months though.Had to do a customer install recently and was forced to buy non poe tik and use injectors on every port due stock shortages.

Like you I have a lot of small little sites everywhere and having that SPOG for most of the onsite stuff is great.There are no calls on Sunday 6am asking about passwords or vpn creds or asking staff to reboot PI’s/Cloud Keys and whatnot to tshoot stuff from team members.Just gets kinda difficult in the RFO / RFQ process.

I am “this close” to having to put together a network full of CRS326-24G-2S+RM switches.

Fortunately… That 60WATT POE Injector from cambium is cheap!

Unfortunately… I slammed face first into an issue on my XV2-2 test bench. It’s severe enough that I unplugged my WAPs. My support ticket is not being taken seriously. I am drowning and he’s describing the water.

I am tearing apart the rest of the system trying to find another answer.

The thing is… I always assume it’s my fault first.
Then I move out to outside influence.
Lastly I look to the manufacturer.

The problem I found in another manufacturer in 2018 HAS TO BE PUSHED OUT OF MY MIND WHILE TROUBLE SHOOTING. But when you see something that was THE CORE REASON I caught the other issue. It’s hard to “put that aside” as I look for other possible explanation.

Confirmation Bias is the death of good investigation.