I have a E400 with fixed IP, but the DHCP Server does not work, not respect the new range.

What is the problem??

What is the dhcp server and layer-3 vlan interface configuration? (can you please describe/post-screenshot or send output of 'show config' from telnet/ssh). 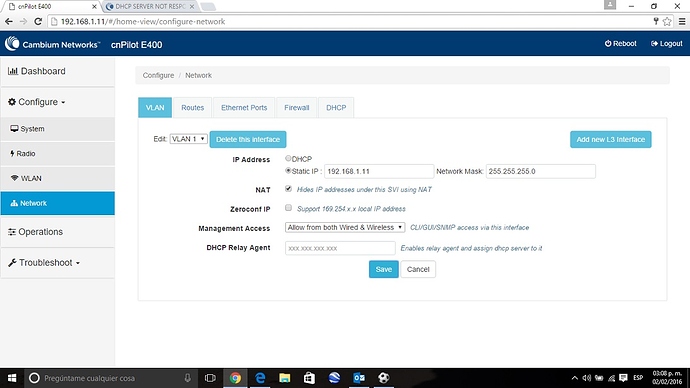 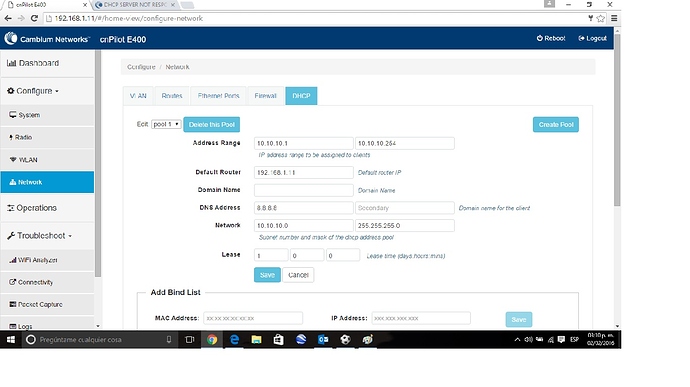 Note that the default router should be on the same subnet as the DHCP pool. Also, the L3-interface that is part of the DHCP pool is the one which should be marked for NAT.

Also, mark that this interface will be NATted (tick the NAT checkbox).

3. Make sure the VLAN for the WLAN is marked as 10 (instead of the default 1). So clients that associate will be placed on vlan10, get an IP address from this local subnet and be NATted out of 192.168.1.11 onto the rest of the network. So under Wireless->WLAN:

Excelente!!! It’s ready…very so much for your time and support.