I have a complete epmp kit installed in a tower in this epmp 2000 I have 40 connected clients from 1.7 km up to 5 km, the problem is that in clients the uplink is very low no matter how far from the tower I have  clients that barely achieve 500kbps Of uplink, I already opened support with cambium, but the support tells me that the environment is very noise, with downlink does not have big problems but uplink is terrible where the beam forming should be a great move of this equipment.

How are you experiencing who is using this equipment in rather noisy places?

After the AP and client's radios have been up for awhile, and passing some traffic, could you post a screen shot of the AP's Monitor - Wireless Tab's Downlink and Uplink MCS rates and do the same from one of the client radios?

Could you post an SA or ACS grab from both the AP and one from a client?

Are you using a fixed or flexible schedular on the AP? What channel width are you using?

Lastly, what firmware revision are you using on the AP and clients? Thanks! 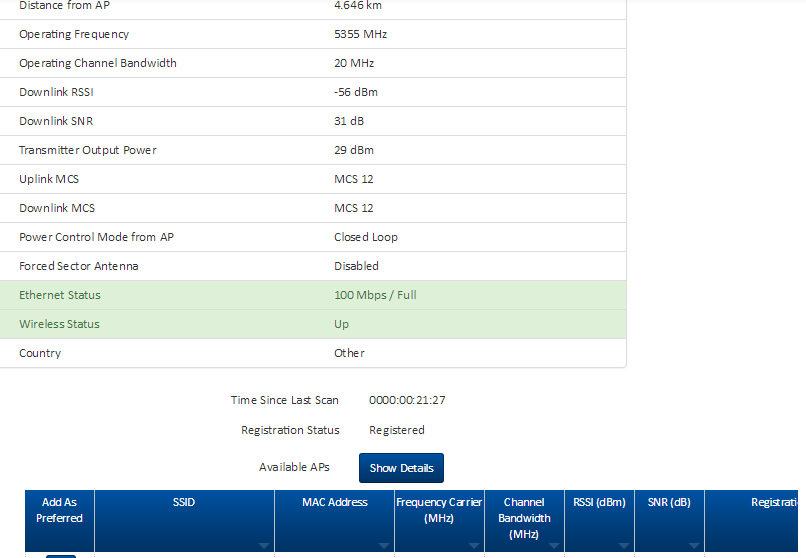 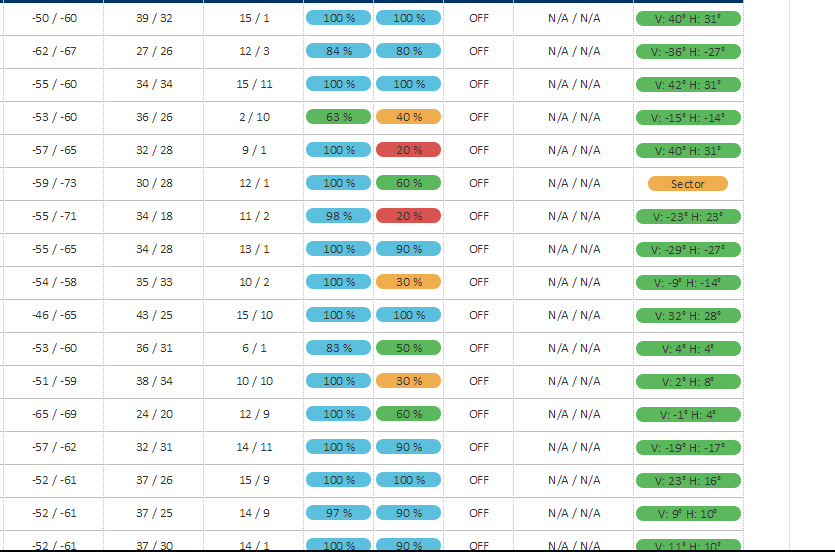 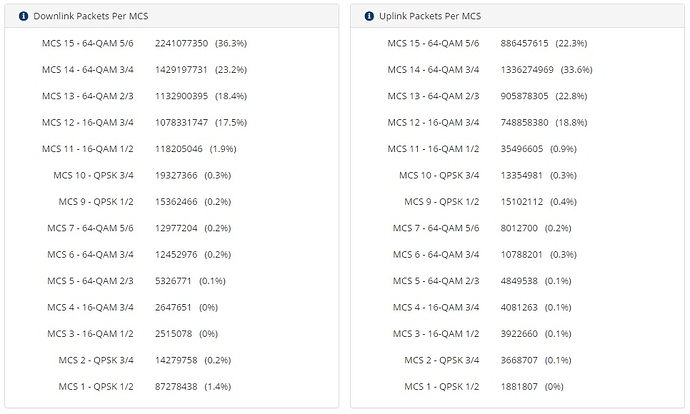 Okay do not worry, 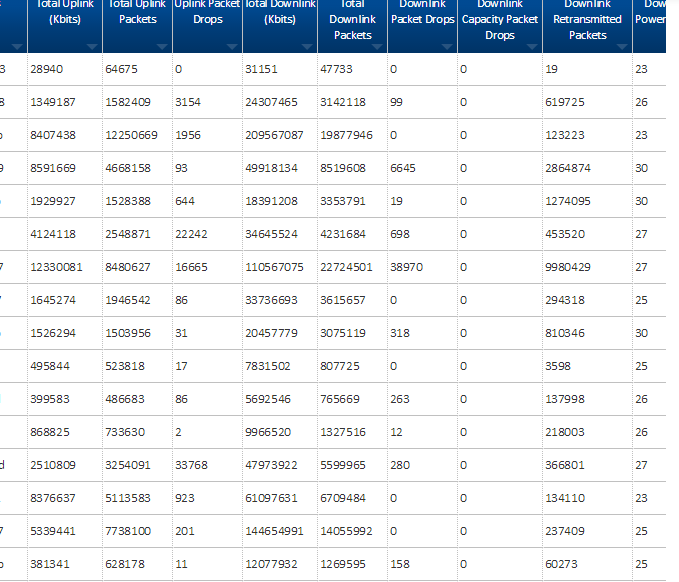 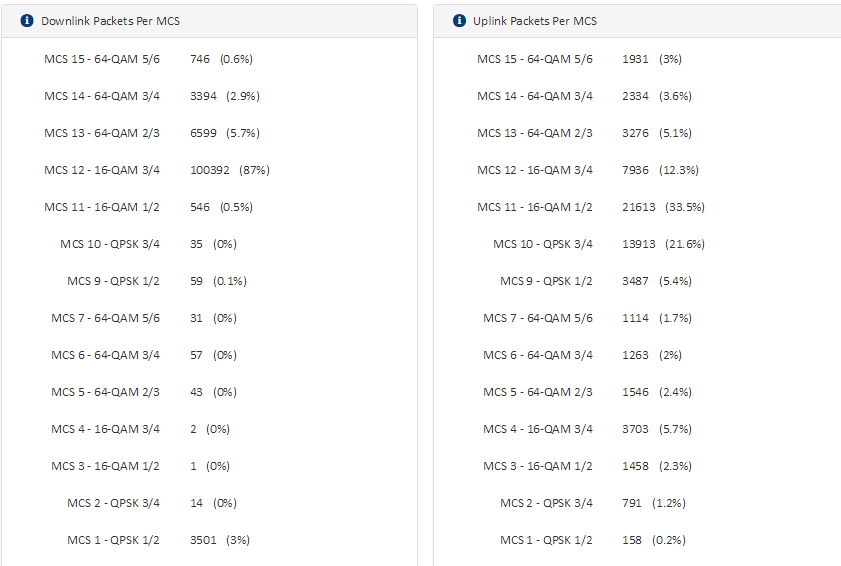 So right off the bat... without seeing everything I asked for... it looks like your AP's having issues with noise. Are you seeing approx. the same uplink bandwidth on every client? What sort of speeds are you seeing on the downlink? ALSO... super silly question, but I have to ask... are you using QoS and if so have you tried turning OFF QoS (on both the AP and a sample client) and doing a speed test?

Here's something to try...

If you take one of the clients with the best modulations and SnR's... for instance, the client near the top of the list you posted that has an SnR of 34/34 and is negoting at MCS 15/11, and you clear the counters on the client's Monitor - Performance Tab, and then immediatly run a speed test to that client... what speed test results do you get, and secondly what are the majority of downlink and uplink packets percentige-wise ending up at?

Second... do the same for a client with really bad SnR and modulation... like the client, again, near the top that has an SnR of 27/26, and negotiating at MCS 12/3... do the same, on the client, clear the Monitor - Performance Tab, run a speed test... what speed test results do you get, and secondly what are the majority of downlink and uplink packets percentige-wise ending up at?

As far as a remedy... you could try the following:

- On the AP, increase your 'Subscriber Module Target Receive Level' to -50 or -55dBm

- If you're not using frequency reuse, change to flexible frames

- Reduce your channel width from 20MHz down to 10MHz

- On clients having the most uplink issues, try forcing the client to use the sector for uplink instead of the BSA, run some tests and see if it makes a difference 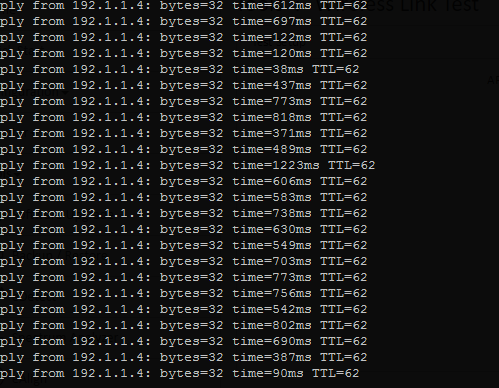 Following the images, after some tests in the flexible mode greatly improved the performance, but without GPS functionality, I do not use frequency reuse in this case GPS would be unnecessary? And why the difference so expressive of 75/25 for flexible? Follows a troughput test of how it is now. 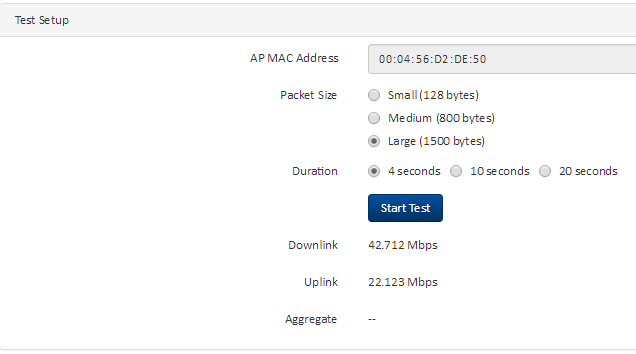 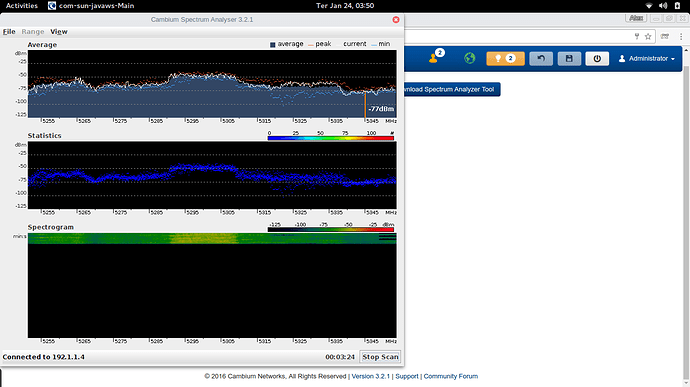 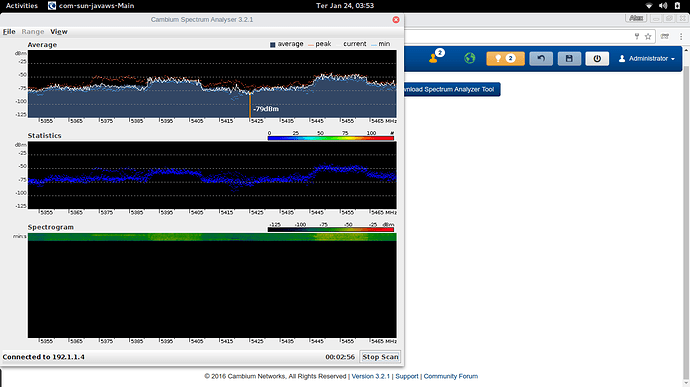 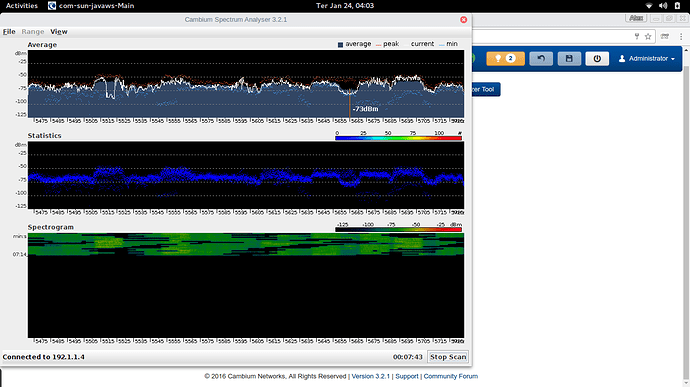 Following the images, after some tests in the flexible mode greatly improved the performance, but without GPS functionality, I do not use frequency reuse in this case GPS would be unnecessary? And why the difference so expressive of 75/25 for flexible? Follows a troughput test of how it is now.

Flexible does not have a fixed UL duration like in the 75/25 case and thus uses up more time in the frame to give you higher bandwidth. Its dynamic as opposed to having a fixed frame ratio. You can't use flexible mode if you are using GPS sync.

The fact that you are getting very low tput in the UL despite the BSA bothers me. Let us look at it withing engineering and get back to you. Any chance we could arrange a remote session to look at some more statistics underneath?

@Please send an email to me @ sakid.ahmed@cambiumnetworks.com