Just looked at the spec sheet of ePMP 200.

As a killer of radios (due to my own ineptitude with dumb mistakes), I always appreciate verification.  Thanks.  I am running a new Netonix at that tower so we'll give it a go!

you change the pin configuration settings in cat5?

because yesterday i change two epmp 1k for two epmp 2k, and my netonix collapsed.

Well, because this is a loaner 2000, I decided to play it safe and used the power supply it came with.

Can somebody clarify this for me?

Do I need to roll any wires in the ethernet connector on one side or is it standard? If so, does anyone have a diagram?

With a ePMP 2000 AP and any Netonix switch, use a standard Ethernet cable with the SAME pinout on each end.  Also, use the "48v" setting, NOT "48VH" to power that AP.

You’d have to be careful if you’re running them from 48v batteries – when they are charging, that ‘might’ go over 60 v, depending on the type of battery and how your charge controller is set.

If (for example) the charge controller is set to do an equalization (which it should be) and you have deep cycle AGM batteries - many of them call for 15.5-16.3 during equalization. In a 48v configuration, that might be 62-65 volts going into the batteries.

So, you’ll probably want to run a DC to DC regulator, and take whatever battery voltage and convert it to 48v or 56v regulated. We’ve used these type with good results. 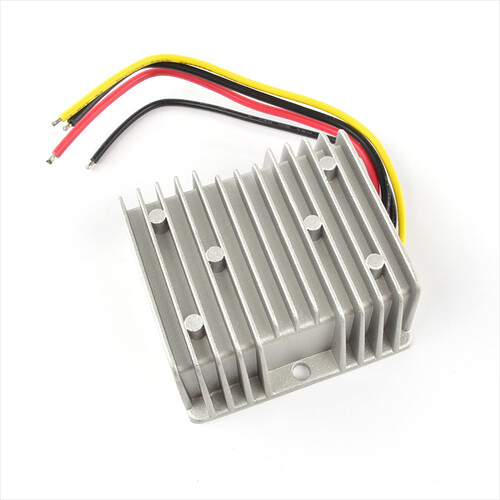 Yes, also likely to drop below 44v when the batteries are not being charged/are being drained vs loss on very long runs of Cat#. Just plugging the radios straight into batteries isn’t a great solution.