The 4x4 MU-MIMO mode is a powerful feature which maximizes downlink sector performance for F300 SMs. In this mode ePMP 3000 can transmit downlink data to two SMs simultaneously. That theoretically doubles the downlink throughput.

The MU-MIMO transmissions are possible for SMs separated by some angle relative to the AP antenna. A minimum angle diversity is about 10 degrees. However, to maximize MU-MIMO performance the F300 SMs should be installed in various positions across the sector. The following diagram illustrates sector with a good set of SMs in a 90-degree sector. 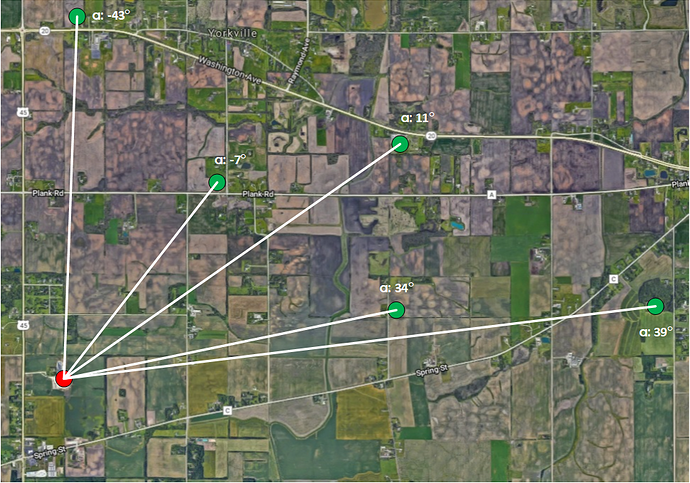 The following diagram illustrates a deployment with SMs clustered in the small sector which is not good for MU-MIMO. 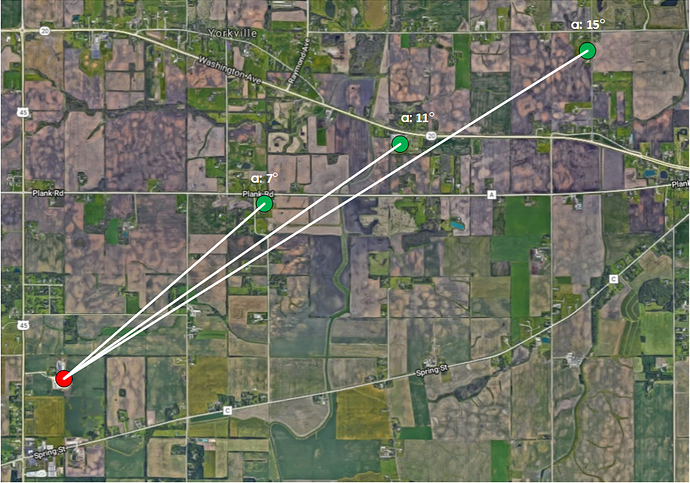 ePMP 3000 system performance can be illustrated by the following chart representing relative impact of various features against legacy systems. The same channel bandwidth and TDD frame configuration are assumed. 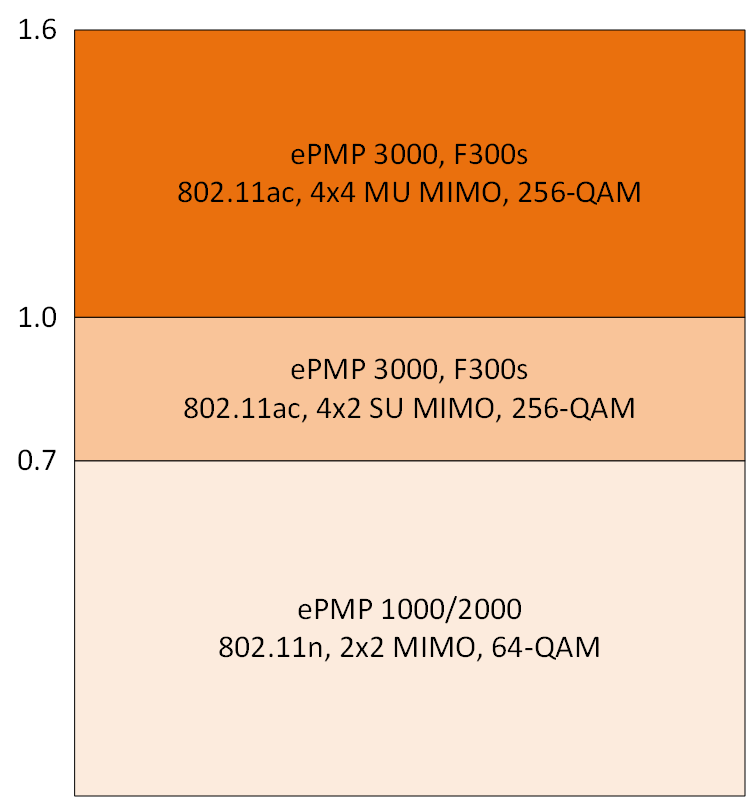 Accordingly compare to legacy systems ePMP 3000 allows to double a number of serviced stations for a given sector or to double the downlink throughout upon upgrade to F300 SMs. Alternatively, it is possible to better utilize the spectrum and provide similar services in a narrower channel, e.g. 20 MHz instead of 40 MHz.