I haven't yet used the ePMP series but have used the Canopy series since the FSK 100 series.  I even had a few radios that were shipped to me, I think from an eBay purchase, that were from the company that was before Motorola.  One of the things I have grown to really like on the Canopy series is the Ethernet CRC feedback.  That has helped a lot with things like bad cables, bad poes, bugs getting into the radios and building nests, dogs biting cables, etc.  Does the ePMP have that same or similar Ethernet CRC tracking ability?

I don't believe the ePMP series has CRC feedback... at least not anywhere in the UI that I can see. It does have ethernet packet errors and drops displayed in the UI. I know we've used whatever smart/managed switch or router (Mikrotik) to give us CRC/FCS error stats for devices that don't display those errors. 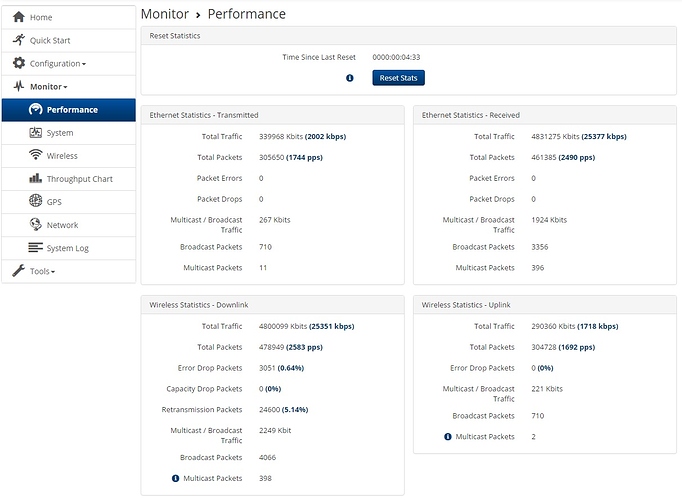 It might be that that field, "packet errors" is a field that can be polled with the correct SNMP commands and even logged looking for changes.  However, if it's like competitors products it might be basically useless unlike the Canopy series where for the last what, 13 or more years, has been clearly seen as a major advantage that WISP's would need.