While deploying access points, ability to tunnel the wireless traffic from access points to a tunnel concentrator often plays a key role. Whether the objective is to avoid reconfiguration of switches and routers (for VLANs) or is to carry wireless clients traffic across network where the clients IP range is not routable, the tunnel feature use is inevitable.

In this deployment model, cnMaestro is equipped with two ports. Primary Ethernet port (eth0) is configured with cnMaestro IP address and all the communication between APs & cnMaestro happens on this port. On the second port, also called aux/bridge port (eth1), all the wireless clients traffic received from APs will be transferred after removing tunnel headers. This port comes up as trunk port with allowed VLANs and other relevant parameters configurable from the cnMaestro Web UI. This model is recommended as it will give better results for throughput than the “Single Port Solution” discussed below.

Tunnel Concentrator is equipped with ACL feature which allows to restrict such traffic. There are many different ways by which ACL can drop the traffic. Each restriction is defined by an ACL rule. Refer to ACL Configuration section for detailed information.

Note: Default rules in the ACL prevent unnecessary broadcast & multicast to go out towards access points.

Tunnel Configuration is available under “Services”->”Data Tunnel”. Below is the snap shot of the configuration UI. 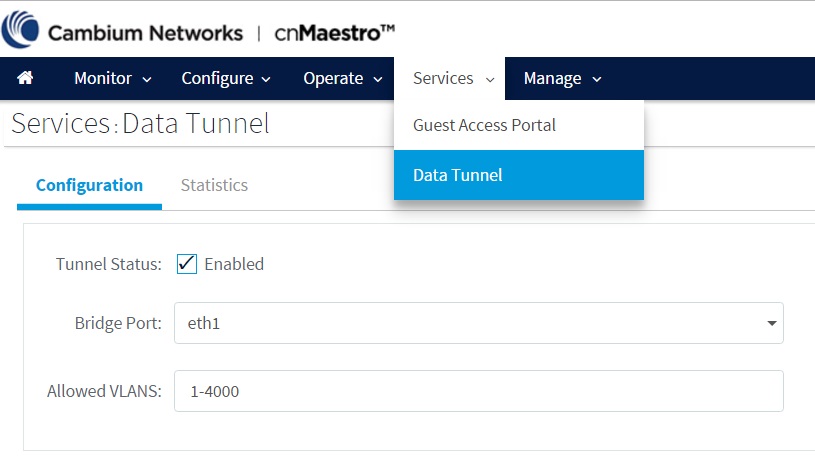 Access Control list provides mechanism to filter out the unwanted traffic passing through the tunnel as well as traffic going between the access points. ACL provides many options to deny or permit the traffic. Traffic can be denied / permitted based on MAC layer, IP layer, Protocol layer along with direction of flow. ACL is configured with the help of rules, each of them comes with a precedence. In these rules, IN direction refers to traffic coming from access points to the concentrator and OUT direction refers to the opposite.

ACL comes up with default rules that prevent unnecessary broadcast & multicast to go out towards access points. With these rules, Inter AP communication is blocked.

Here are the screenshots for the different ACL rule categories: 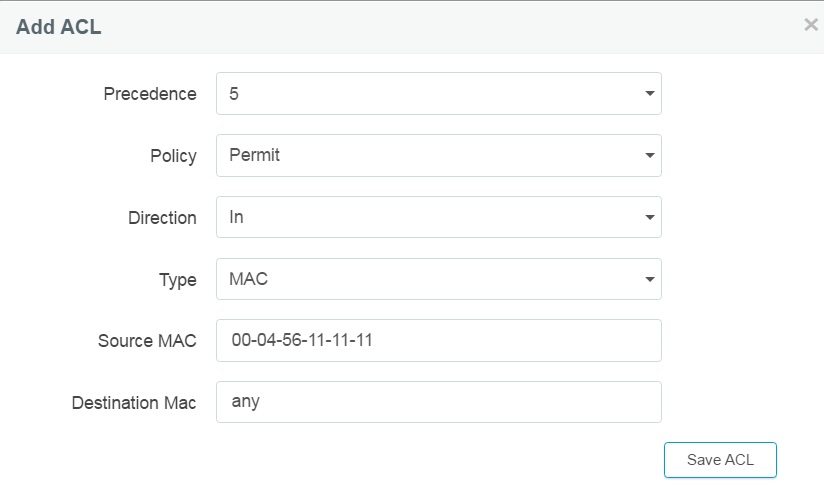 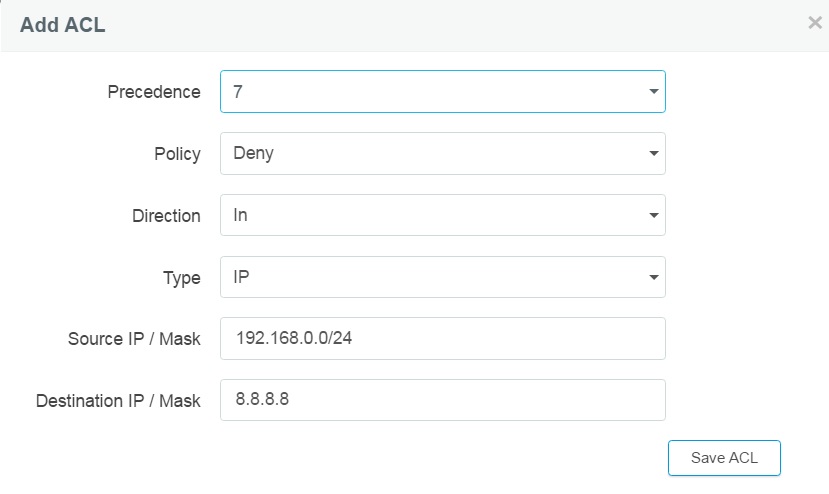 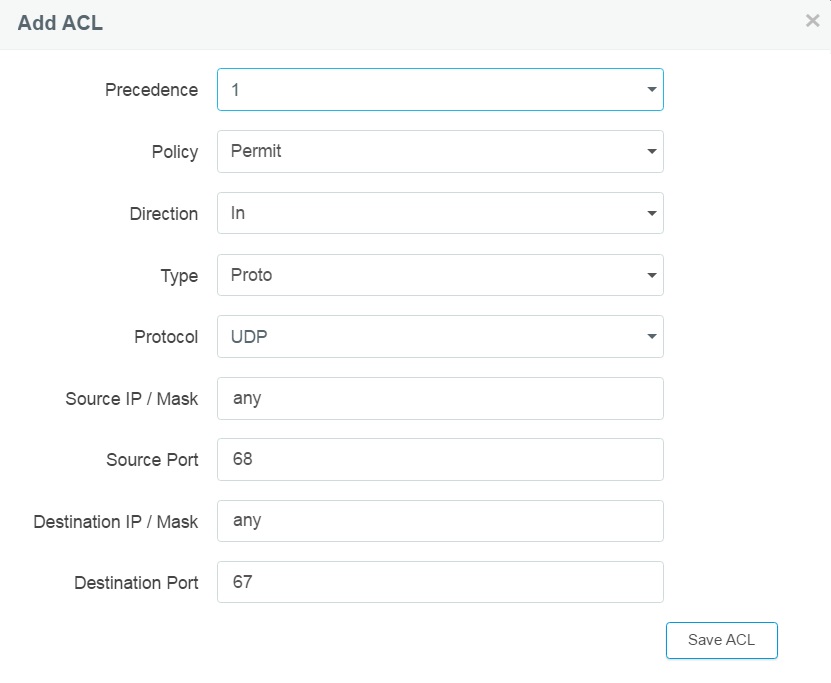