We've put up our first Medusa sector and I'm hoping for some optimization advice. We're seeing in link test multiple VC results in group 4 and 5 being mostly full but only seeing roughly ~1.5 throughput at max. 100% frame utilization quite a bit. This AP was a replacement for a regular 450 AP at roughly same heading/mount point. Good disparity of customers, clean channel, 9 contention slots, 85% downlink 15% uplink. 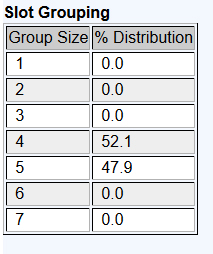 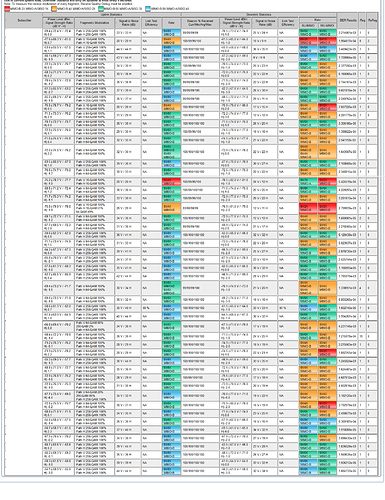 Anything else to really check? All 450 SM's all running 15.1. AP has sync from Timing Port.

Your Medusa set up looks pretty good to me. It's probably worth me clarifying a couple of points though as they have caused confusion before.

When you run the link test to multiple VCs the table is headed 'Group Size' , there are not only 7 possible groups but many, many possible combinations of VCs that will form a group with between 1 & 7 members. The members of the group will change every TDD depending on the traffic which is waiting to be sent to VCs in the sector. In the link test all VCs will have data to be sent and the biggest groups possible will be formed each TDD but with different VCs. Your results show Medusa is able to form groups of 4 or 5 with all your VCs so the potential throughput improvement should be much larger than the 1.5 you have seen. Try the same link test but with the MU-MIMO radio button set to disable and you should get an idea of the throughput improvement the MU-MIMO spatial multiplexing is giving you (I would be interested if you want to share the 2 results total throughput).

See also this thread, which in turn has link to a previous one !

OK, next the 'only 1.5x improvement and 100% utilisation' points. Looking at the graphs, at no time is the throughput reaching a plateau. So I think the only limiting factor here is the bandwidth your users are demanding, the test mentioned above may be more useful until they start streaming more netflix ....

The 100% utilisation metric is one I don't remember seeing mentioned in the forums recently but can definetly be confusing to new 450m users as it should NOT be used in the same way as 450/450i. We have some new metrics coming out for Medusa (in release 15.1.1, I hope) that will be more useful, let me quote a couple of paragraphs out of the requirements document we have for this as it's relevant here, sorry it's a bit long - I'll do a TLDR afterwards.

So, unless you are getting near 100% utilisation then there is no need for the MU-MIMO gains to be used and the algorithms will work as before targeting individual VCs  as this will give the absolute best throughput to that VC. Once you start getting near 100% utilisation MU-MIMO gains start to kick in and you will see the improvement over your previous 450 sector system operation.

Hope that helps, let me know if any points require further clarification. Congratulations on your first 450m install, it looks like a good one.