Is there a method to prevent adaptive modulation and set the maximum modulation for the 450i gear running 14.2?

It appears that my radio is "trying to hard" and as a result it would seem that my throughput gets cut, sometimes, in half.

When the radio attempts to run at 64-QAM the throughput is severly decreased.

Receive Power were equal at the time of these two tests. 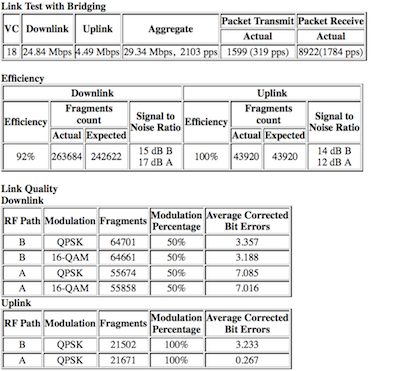 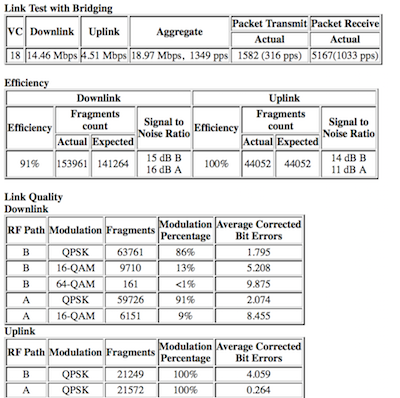 Unfortunatly, there's no way to manually set the modulation. You may need to just step down to a smaller channel width.

On the plus side, each step down in channel width gives about an extra 3dB gain, along with the benefit of being able to test/try out more channels in the anemic 900MHz band.

At 7MHz it increased my receive strength that prompted the radio to provided additional modulation paths but they were very low quality / percentage of transport. The end result being less or equal to when the downlink speed of the 10MHz was performing poorly.

Time to call it a week.

It took me awhile to find the best channel. I would go through each channel, and do a couple of link evals, write them down, move onto the next channel. Even after I found what I thought was a decent channel, I ended up having to move it due to some interference that popped up unexpectedly. I think that's the nature of the beast with 900MHz.