New to sync, sectors facing each other.

I have never used sync in our wisp Network, but due to frequency being scarce I feel we need it.

I am confused on how to set up sync in the following senario. We plan to start with PMP450 3.65 ghz. We operate on the side of a mountain. We have towers at the bottom that point up, and towers at the top that point down. These sectors can usually see 3 or 4 other sectors on network.  Customers on the top side of the mountain point down, and vice versa.

I tried to do some research, but all the examples I found were for ABAB situations, or ABCD on the same tower.

Provided all settings affecting frame timing are set the same across all APs (MaxRange, Down%, control/contention slots, FramePeriod) then the best approach IMHO is to consider where potential customers are located, and ensure that they won't be looking at more than one AP on the same channel.  (unless they're NOT connecting to either)

You do NOT want more than one AP on the same tower reusing channels unless they are distinctly non-adjacent sectors.  The APs themselves should NOT interfere with each other when facing each other, provided timing is all good and sync is solid.  (Both APs will transmit at the same time, then both stop transmitting and listen at the same time, so they should effectively not see each other)  And the clients of those APs will generally be fine with the setup, excepting units that are mounted with a very clear LOS to both APs will pick up whatever level of interfering signal off-axis.

If you have a scenario where a customer can see two (or more, of course) towers one behind the other, and see the same channel on both, then their SNR could be very poor.  Same if they see same-channel APs 'side by side' in their field of view.  (relieved sometimes by a narrower antenna pattern at the SM)  Essentially the same problems arise when an AP can clearly see both its own and another AP's clients on the same channel - so sector planning needs to pay attention to this and minimize it wherever possible.

AP downtilt is your friend when it comes to limiting one tower's APs to not overshoot another tower and cause significant levels of interference for customers beyond that tower.  Downtilt on APs at the top of a mountain looking downward, however, is a tricky prospect I expect.

So careful frequency planning, downtilt, and sync will all work together and if everything goes right will lead to stability.

I’m still unclear of whether sync would help me at all. If I have 2 channels available to me in 3 ghz is there any way to have frequency reuse? I guess I don’t understand the point of sync since most wisps have towers that can see each other, how else would the backhaul work. So if you can only sync sectors that are on the same tower, what happens when you when you can see other towers?

Here's a configuration I whipped up in MS Paint that outlines a scenario that might do what you want. It only uses two channels. GPS sync is not needed for this configuration. This assumes that there's a decent amount of distance between all the towers at the top and bottom of the hill, along with using tigher antenna horizontal beam widths (like 60deg). Unless we can get more data from you, it's very difficult to provide you advice.

I agree with Eric Ozrelic's last sentence - if you provide geographic details we may be able to suggest a workable configuration, otherwise we can only provide 'generic' information and guesses.

In your '3 up hill, 3 down hill' scenario with only two channels, without any deeper understanding of the actual situation I would try

with sync. (you'll never want two APs to be able to see each other on the same channel withOUT sync, they'll stomp all over each other)

If the geography is such that the APs could see each other (up and down the mountain) but NOT other-sector SMs, and the geography and/or antenna choice/placement keeps the SMs from seeing multiple APs anywhere near the same signal strength, then his suggestion should work.  But an SM that can see a -45dB on AP1 and -51dB on AP2 (on the same freq) likely has an effective SNR of 5-6dB when registering to AP1...

Another benefit with sync would be where two SMs on different APs can see each other.  We have multiple instances where two clients roughly across the street or next to each other actually ended up working best aimed at towers behind the other - without sync those two SMs will stomp on each other whenever they utilize uplink.  With sync, they will each only listen for downlink data during the same timeslot, and when one is transmitting uplink data the other will either be idle awaiting the next downlink timeslot, OR transmitting itself to it's own AP.  End result is they should never actually 'see' each other.

On a tangent, are you planning two channels because of other nearby usage in the band, or because you're going with two 20MHz wide channels?  I'm curious because if your clients' bandwidth needs can be met with 10MHz channels you'd have far more flexibility, with 5 available.  (4 if you want guard bands, but PMP450 supposedly doesn't require them)

If the only problem with 10MHz would be client capacity rather than individual client max speeds then you could overlay a second AP on a different channel in any sector that starts to overload and split the sector load.  (Looking forward, if you're US-FCC more channels should become usable from 3.55GHz to 3.65GHz soon)

I know this is an old thread and I wanted to thank everyone for their contributions.

The main reason I want to use  20mhz channels instead of 10mhz is for the boost in power. We use 365 for a lot of "Near" LOS, so every bit of power helps. If we have clear LOS, we can usually go with 5ghz.

So I guess I have to figure out if having the extra spectrum is worth turning down the power a little.

Here are some pictures for your enjoyment. Our new PMP450 and PMP450i in Hawaii: 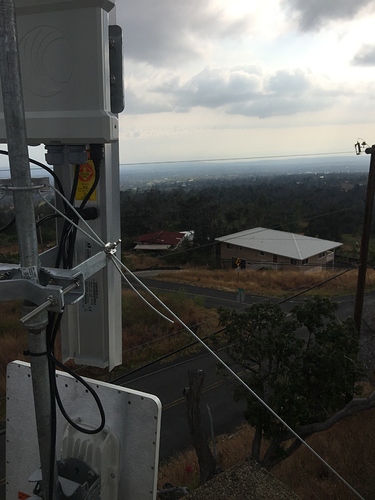 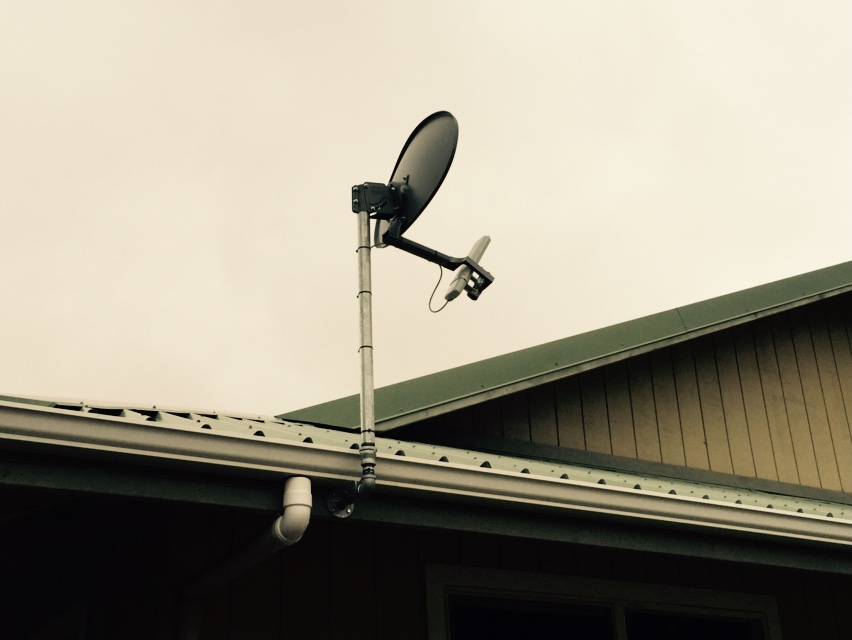