Hello folks! My name is Dustin and I work for a company called Aristotle out of Little Rock, Arkansas. We were selected to do some 450i 900 beta testing so I wanted to leave my findings and feedback for all to see. I did testing in a rural and urban environment.

First let me give you some background on our rural areas. We are heavily wooded with pine and oak trees with rolling hills that make it a difficult terrain to deal with. 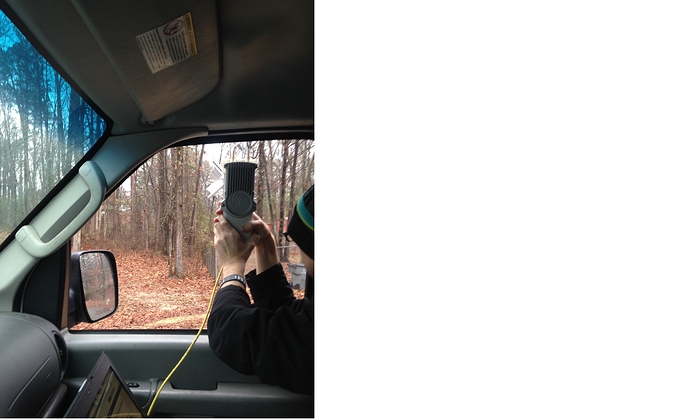 Look at all of the beautiful trees!

I installed the AP on the top of the tower and I also installed a CMM4 at the bottom of the tower. I swapped everything else over to the CMM4 as well then went to testing. I have attached a KMZ file for the area of testing with pins with all the data I will be talking about below.

The very first test I did, I couldn't believe the results. I stopped about 3/4 of a mile away from the tower just to verify my equipment was working correctly. This is what I saw: 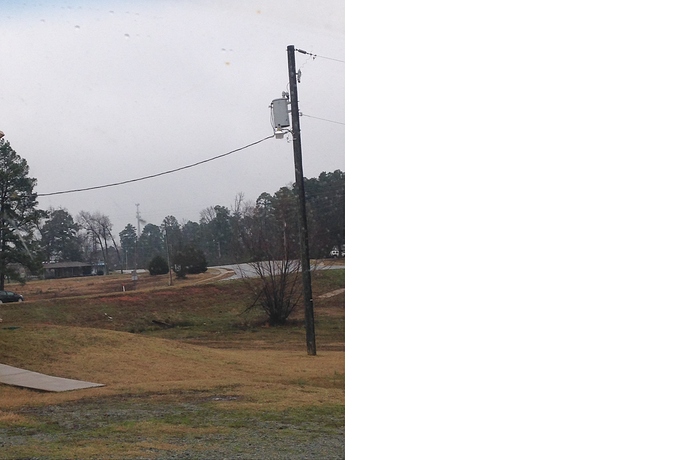 (We use a water tower and not the cell tower shown here. Our water tower is beside it behind the trees you see there.) 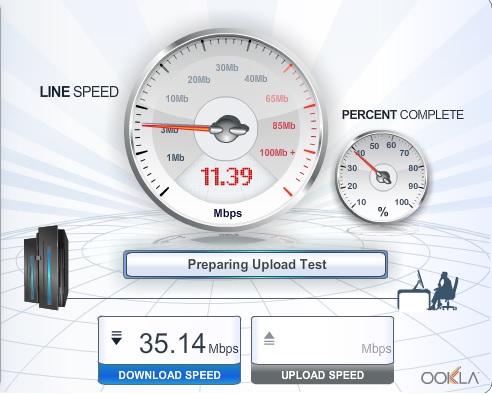 I can say I said some things that met with my disbelief at first followed by my amazement. You are seeing this right. 45MB aggregate on 900MHz. The first test was on a 10MHz channel in an area completely saturated with 900MHz interference.

(Side note: 10MHz channel in the area I was in was comprable to ATT LTE) 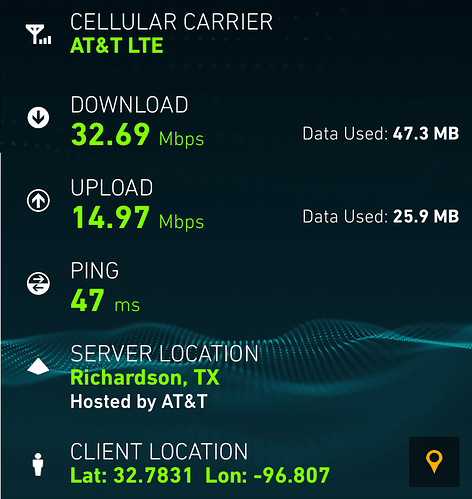 I remoted into my work PC using Team Viewer (awesome program for those that don't know about it) and changed to 7MHz. I was able to get 30MB aggregate. 25 down and 6 up. Still amazing in my opinion, for 900MHz. I then switched to 5MHz and got about 18MB aggregate. 12 down and 3 up.

The next test location is about 1.3 miles away from our tower. This location is actually one where we have a current 900MHz customer. 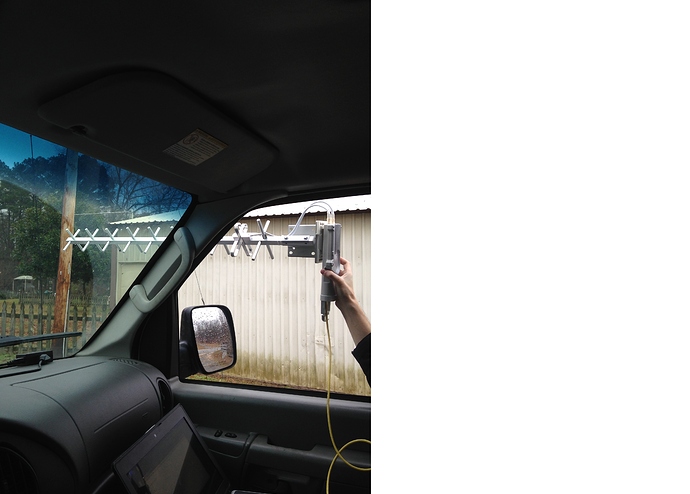 (You can see the customer's antenna if you look closely enough on the metal building. It's just above the one I'm holding.) 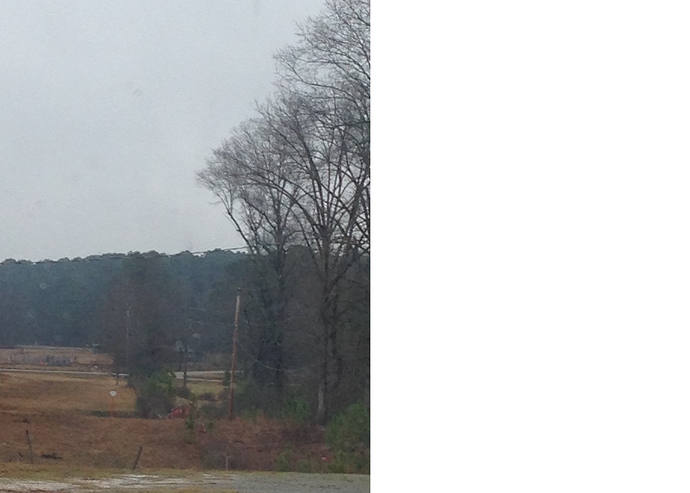 Our water tower is somewhere behind that wall of trees. We still had amazing results:

We then moved behind the metal building just to test. 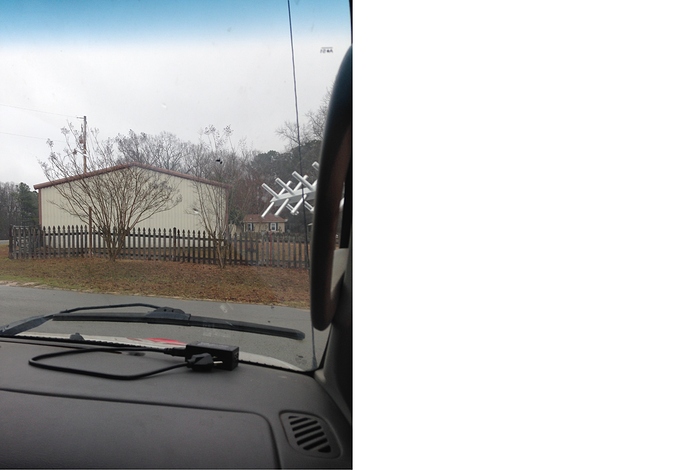 We were at -74 at ground level shooting through a metal storage building and still pulled over 12MB aggregate on this connection.

Now the next test we did is something I feel is important to talk about. We went to a spot that I knew we couldn't get service with our current 900MHz system. It's about 11 meters lower than anything else around it. I told the guy with me that if we could get service here, this would definitely be a sign that this new 900MHz 450i stuff was really something awesome.

and got the following:

At -88dBm I was able to get the above connection in a known location the original 900MHz equipment wouldn't even pick up our AP. Folk. Listen. This is at -88dBm. After working with 900 FSK this to me is amazing.

I did a few other testing locations which are included on the map. Once we concluded our rural test, we moved on to an urban test. I performed an urban test because of the guy who did a case study on urban testing a month or so ago. Thank you for that testing and I'm sure the rest of the community appreciates it as well.

For our urban testing, we installed our 450i AP on the Baptist Health Hospital located in downtown Little Rock. I expected a lot of interference before putting it up. At this location we did not have a CMM4 in place. We used only the "Generate Sync" option in the AP.

Our first testing location was a two story house somewhat down in a hole. We also had three two story houses slightly above up and in the way for testing. You can see me here trying my best (I'm pretty short) to get up and over those houses. I didn't do very well but the radio did. 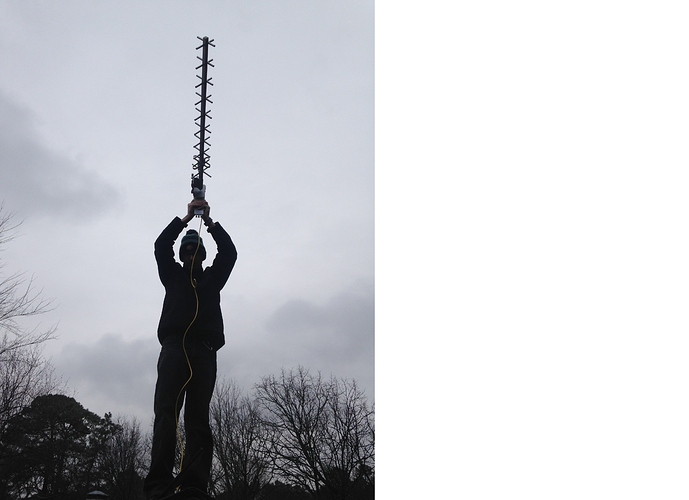 With being down in a hole and three two story houses in front and somewhat above us, I was able to get a -71dBm. I used a 5MHz channel at this location because of the interference so I was only able to pull about 8-10MB aggregate.

We left here and went to a bowling alley on the other side of the hill. It has line of sight to the hospital. 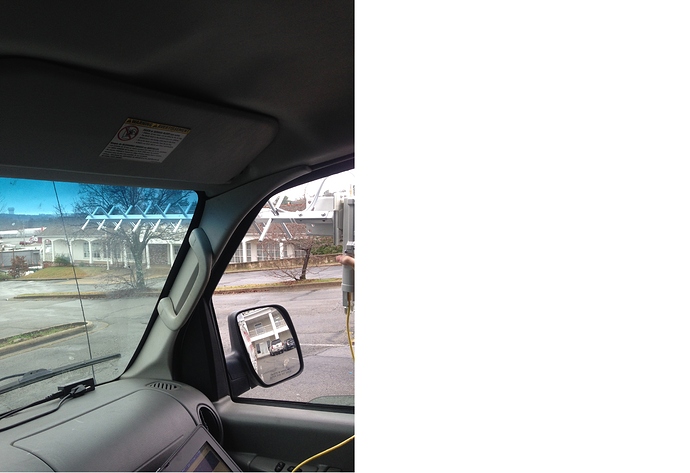 (Hospital not pictured because my picture taker wasn't the best in the world :P)

At this location we were able to pull 20MB aggregate with a 10MHz channel.

I do have some additional feedback after testing as well:

I have already had several folks approach me for assistance and information. I don't mind this at all. If anyone here would like some configuration advice or just want to ask questions, don't hesitate. I'll even TeamViewer into a machine (did that earlier for some guys), do phone convos, etc.

Again I have attached a folder with all of my pictures and a KMZ file of the two areas I tested. I have notes on each pin to indicate results at each spot.

I want to also thank Cambium for giving Aristotle the opportunity to perform the 900 450i beta testing. We really enjoyed doing this and certainly helped us in the decision to move forward with overhauling our current 900MHz network with new gear.

Talk to you guys soon!

It appears that my files did not attach to this. Here is a link to them: https://www.mediafire.com/?5051pwol23wnfp4

Fantastic story, Dustin. I'm so glad the 900 MHz 450i is working out for you! I love the part where you are able to get service in a location where the old gear couldn't even see the AP! Great write up and thank you for it!

Thank you for taking the time to fully evaluate the platform; and share the results with the Community.  I really appreciate you pointing out the elements that you were not satisfied, as much as what you liked; we need that input to continue to improve.

Its amazing to here the 900MHz functionality in real environment. Thnakyou for the test results.

Thank you Dustin. This is great information.

Dustin, what was the noise floor on the AP and SM?

Noise floor for the AP in the rural environment was in the -50s. SM was -70s.

WOW -50 noise floor. This is amazing. I will be installing my first 900 sector tomorrow around 10am and then the rest of the day changing out clients that were on UBNT 900 gear. Cant wait.

Thanks for sharing your results. Hoping I see similar.

Dustin:  Thanks a lot for the detailed report.  I've got a few questions if you have a moment.

You said you have 5 existing 900MHz APs at the one location.  Are they Cambium Canopy?  Are they synced?  Do you have the PMP450i's frequency reused on that tower with the other gear or is it the only AP there on that channel?

I put in the CMM4 so that I could have my old APs synced and the new 450i synced. Otherwise I wasn't able to stay connected to do any kind of testing.

Dustin will be joining Matt Mangriotis on our PMP 450 900 MHz Field Results webinar this coming Tuesday at 9am Central time. It's a free webinar, and you can register to attend HERE.

In the webinar, you will be able to ask Dustin any questions about his field work. We look forward to seeing you there.

I was wondering if you were able to run the 450I gear at the same time as the PMP100?

I realize it would have to be different frequencies but wanted to know how much interference was around your PMP100 gear while running the PMP450I testing?

Curt sorry for the late response. My antenna is at 1 degree downtilt

We were and are currently running the 450i at the same time as the PMP100 gear. We had the best success using a 5MHz channel with the other gear around and kept it as far away from the other 900 gear as best as possible. In the direction we were pointing, I had my 450i on 904.5. The AP to the left was at 915 and the AP at the right was 924. Those two APs were about 15 feet away to either side.

I am just starting aWISP. I pluged the  PMP450i 900MHz  into LinkPLaner and it indicated only  a little over 2 mile range with 60 deg sector. Is that typical or can I expect more range?

It is not unusual to see productive links at 40-miles on 900MHz due to the RF propogation.  I suspect your results are reflection of configuration settings on LINKPlanner; and or a fully obstructed path being planned.

You can find a good webinar on LINKPlanner on the Forum at http://community.cambiumnetworks.com/t5/LINKPlanner/Planning-Networks-with-LINKPlanner-webinar-replay/m-p/48155#U48155

If that doesn't do the trick we can can connect you to a Regional Technical Manager to assist with familiarizing you with LINKPlanner.

Were you testing links  right up against tall lines of trees where the signal does not have room to bend around the obstructions? It appears you were from the KMZ but I wanted to clarify that was actually working.

How was your noise floor? Speeds look good, any issues with the SM's dropping registration?