If you want to see how to Demo PMP450m operating at 500Mpbs have a look at our Video on Cambiums YouTube Channel.

Sorry about the background noise but it is the real world. 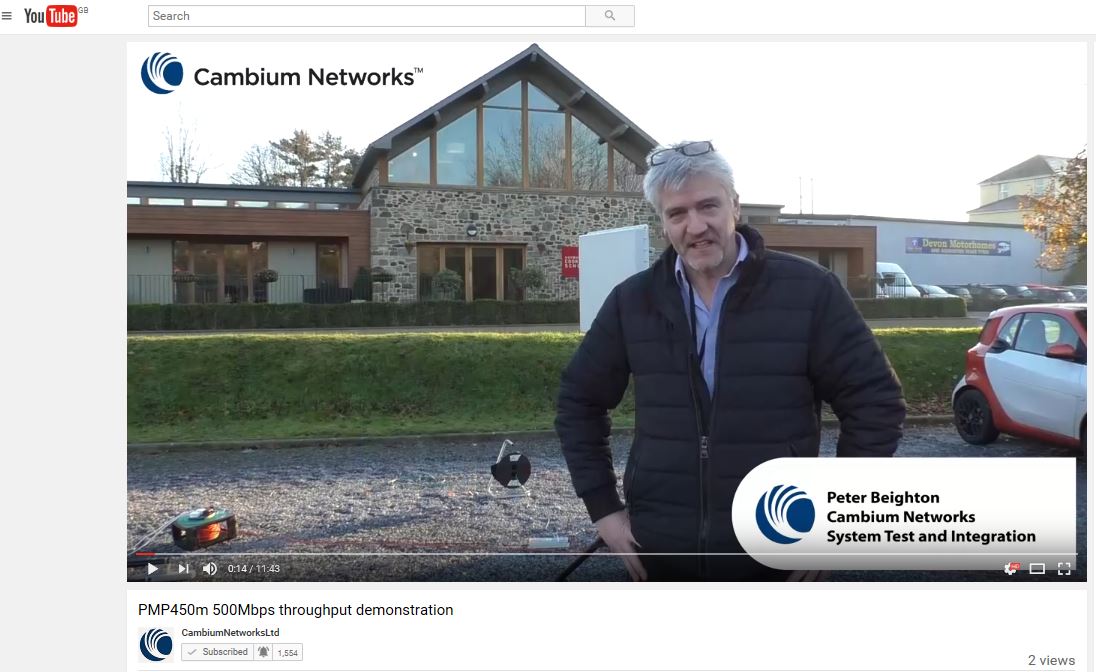 We are developing a paper that details how you can conduct this demonstration in your network. Stay tuned, it's coming soon.

Please post any questions or comments you have to this thread.

If you post a short video of your demonstration of PMP 450m performance in the field, I will send you a Cambium shirt and hat.

Your demo can be a partking lot or lab demo OR using a live system already installed in the field. 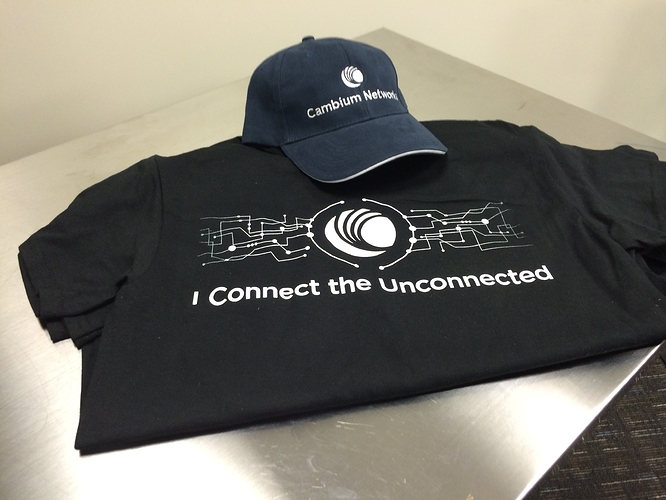 Will the ePMP line have something similar in the future?

Lots of exciting development going on across the full range of products at Cambium. To find out more details about what is happening on a specific product line try posting a Topic on their forum.

here is a paper showing the step-by-step procedure to conduct the demonstration.

This video shows how to test the headline capability of cnMedusa with sustained 14x14 downlink MUMIMO each stream at 64QAM. The 14 spatial streams are distributed to 7 users, each with 2 streams.

The formation of groups of 7 SMs in the video was due to scheduling decisions made every TDD cycle. In cnMedusa, a new MUMIMO group is formed each TDD cycle based on the downlink queue conditions, SM channel state information and scheduler state. Group formation entails no over-the air overhead so group members are changed on consecutive TDD cycles with impunity.

One of the requirements to form a MUMIMO group with cnMedusa is the need for a minimum spatial frequency separation between any two members of the group. This separation allows groups of 7 users to be formed under ideal conditions such as those created during the headline test. In a normal sector with real users, the probability of the scheduler forming groups of 7 will be very small however the probability of forming groups of 5 and 6 are much higher and these are seen during the Multi VC test.

While groups of 7 users will be unlikely in normal operation, the low minimum spatial frequency separation between SMs required to demonstrate 7 user operation translates to a higher average spatial multiplexing gain with real world distribution of users. This results in a valuable sector capacity increase.

Customer who recreate the headline throughput demonstration, can used the same configuration to test throughput operation with different SM separations or with different traffic loads to see the scheduler/MUMIMO grouping behaviour of cnMedusa.

Would it be possible to share the iperf settings used to perform simultaneous bi-directional throughput tests?

This test was a TCP downlink test.

The key parameter in our configuration was to send 3 parallel streams to each Raspberry Pi.