Are there documentation or wiring instructions specifically for the DC supplies? I can’t seem to find any.

I see 2 positive leads, 2 negative leads (do both sets need to be fully powered? Or is this for multiple/redundant DC input sources. Also, the Green w/Yellow “DC PoE Only” is for what?

I would also like some clarification on how this should be set up. I have been having issues and not sure if it is because the setup is incorrect.

All 3 DC input models of the CRPS (600W / 930W / 1200W) come with an included Power Cable, which has the mated connector end to that on the power supply itself. 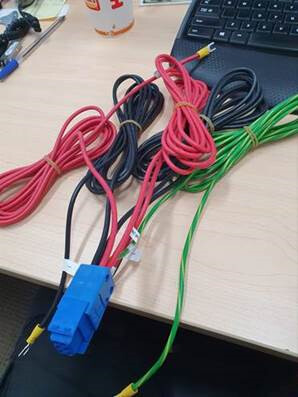 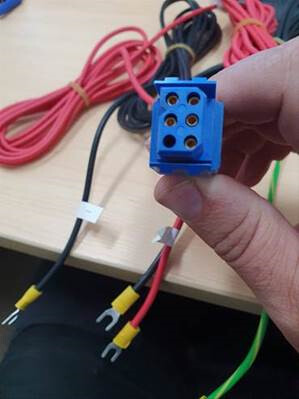 The 5-wire cable assembly is wired the following way (Note diagram is looking into the connector). 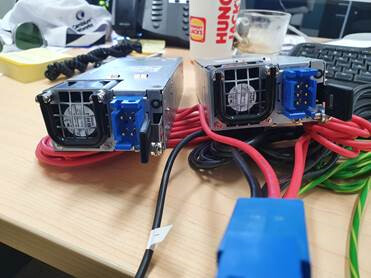 As long as the customer connects both Red (+) wires and Black (-) wires to their DC power source, then all will be fine.
Do note that as the CRPS is an isolated supply, it will support both Positive or Negative voltage input.
However, it does not support reverse polarity…… so the customer must wire correctly.
As an example, if the customer DC power source is 48V, then they would wire the CRPS as follows:

Now getting back to your question on the green wire.

Yes, it is confusingly labelled as “PoE Only”. This is really meaningless, and a remnant of the wiring labeling that was used on this Cable harness already in production by our vendor.

We are in the process of having the vendor change the green wire labeling to reflect “GND” as follows:

However, as we have already stocked many of these cables at a warehouse, it is anyone’s guess as to when the correctly labeled green wire will make to the customer’s hand.

As a note to the customer, the green Ground wire is not the same as the (-) black wire, as the power supply is isolated.

We are in the process of writing up a formal white paper on the DC CRPS.

Based on the diagrams if I was to use the 1200W would i be able to have each pair of pos/neg go to separate battery banks?