Is there anyway to export a viewshed to be viewable in google earth?

The viewshed layers are included in the Google Earth export, if you check the appropriate box in the Options: 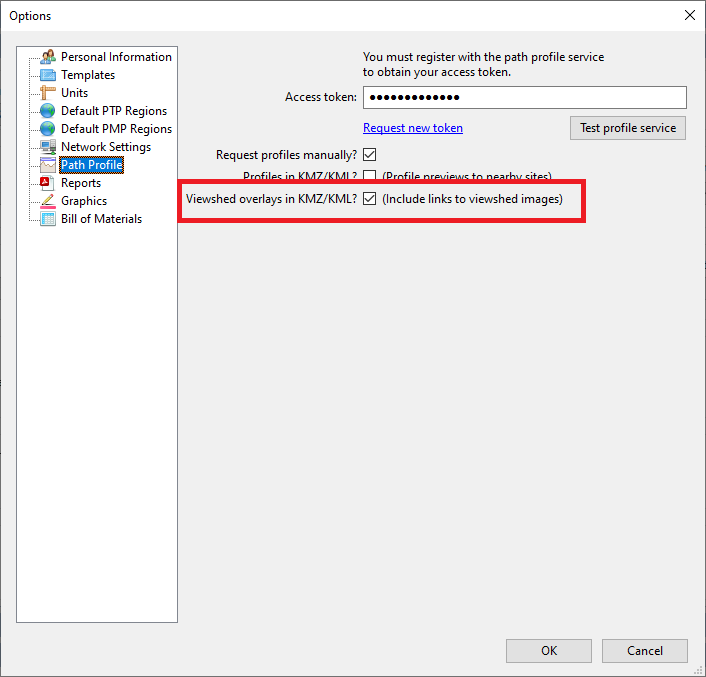 The viewshed will only appear in the export if it has already been generated. There is a small delay between when you initially request a viewshed and when it appears in the map. During this time, the viewshed image is created. After that point, the image will be loaded from the cache. It must exist in the cache to be included in the Google Earth export.

Thanks Andy, will give this a whirl. I have not tried yet, but does the viewshed get limited to the visibility of the AP? For example Google Earth does a full 360 from the point and I hope Link Planner can just do the sector. I’ll play with it.

You can create the “radio LOS” viewshed, where you select a frequency and it factors in the Fresnel Zone. You can also choose the SM height to be height above ground or height above clutter, which can be useful if you know you are installing above the roof tops. Clutter heights are taken from your project settings.