The WifiPerf feature in cnPilot APs (E series and R series devices) enables them to measure network performance, which helps to identify/resolve network issues. Performance test, will be executed between cnPilot AP  and another WifiPerf endpoint as per below scenarios.

Endpoints are a pair of network elements between which Network performance is measured. In our case one endpoint is a cnPilot AP, while the other could be cnMaestro On-Premises instance or another cnPilot AP, or any host PC running “zapwireless” application .(Wifiperf Interoperate with open source zapwireless tool  https://code.google.com/archive/p/zapwireless/.)

A Wifiperf manager is a network element from which the Wifiperf test can be initiated. This could be a cnMaestro On-Premises instance or a PC running “zapwireless” application. 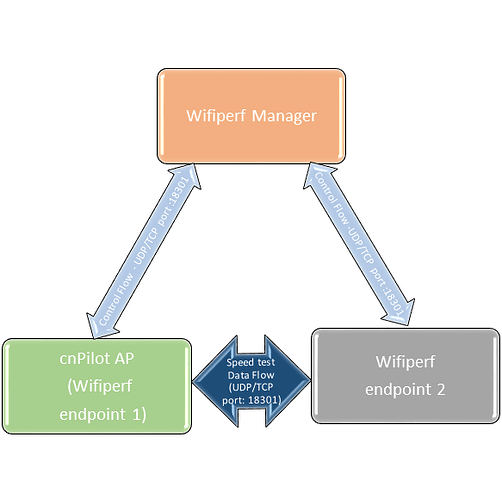 This is applicable for both E-series and R-series devices. APs should be on-boarded into cnMaestro.As mentioned earlier, make sure Wifiperf traffic (TCP/UDP traffic with port number 18301) is  allowed from cnMaestro to cnPilot AP. (no NAT or firewall barrier). 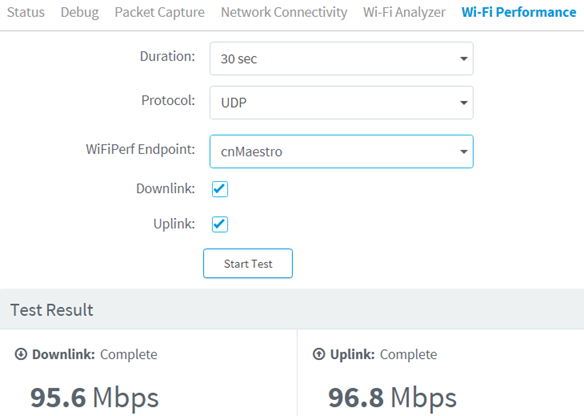 Duration can be selected as 10, 20, 30 seconds, and traffic type/protocol select as UDP or TCP.

WifiPerf manager running on cnMaestro on-premises initiate  the test between AP and selected WifiPerf endpoint and output will be displayed.

Common scenarios of wifiperf  test from cnMaestro On-premises are explained below and you need to select the end point as per the scenarios.

cnMaestro On-Premises is having a built-in wifiperf manager and wifiperf endpoint. Test will be performed  between AP and cnMaestro on-Premises. 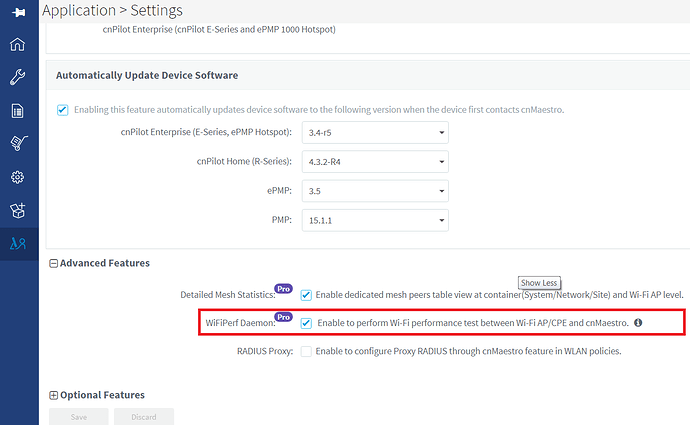 To perform the test select end point as cnMaestro.

Wifiperf test between a cnPilot AP and a local host

You can select local host (or any other cnPilot AP with wifiperf enabled) as endpoint in order   to run speed test between AP and local host. 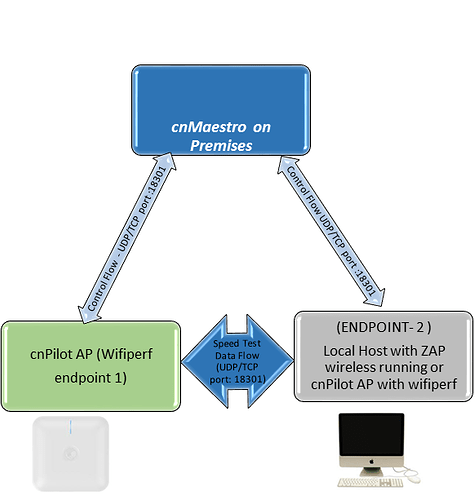 In order to setup the host computer as a wifiperf endpoint, install zap wireless tool in the local host.(https://code.google.com/archive/p/zapwireless/ )

Additionally, we also need to specify the IP address of this host in cnMaestro as shown below. 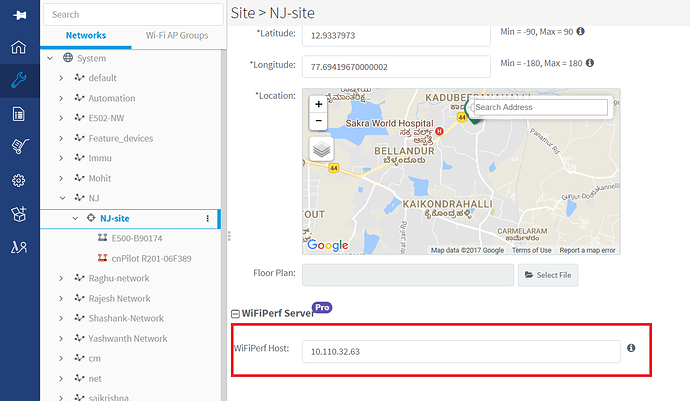 To perform the test with local host , select end point as local host.

Wifiperf test with a mesh Client

Wifiperf test for mesh client is only  applicable only for E-series. Mesh client should be either cnPilot AP or any device with zap wireless running.

Other endpoint can be selected as cnPilot AP, cnMaestro or   local host.

To perform the test for mesh client, navigate to mesh peers -> wifiperf test icon (highlighted with red below). Down link direction is Endpoint to mesh client  and uplink is mesh client to endpoint.

This is supported only for E-series devices

This procedure is applicable for any of the below cases 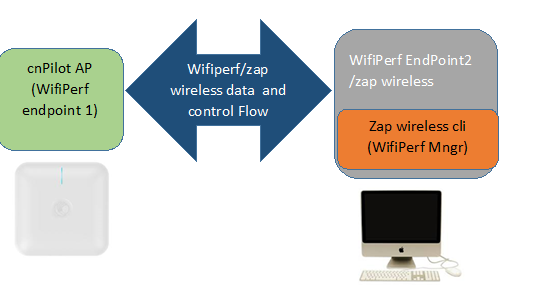 Prior to start the test , you need enable WifiPerf on cnPilot AP from device GUI ->navigate to   configuration -> services -   >Enable wifiperf 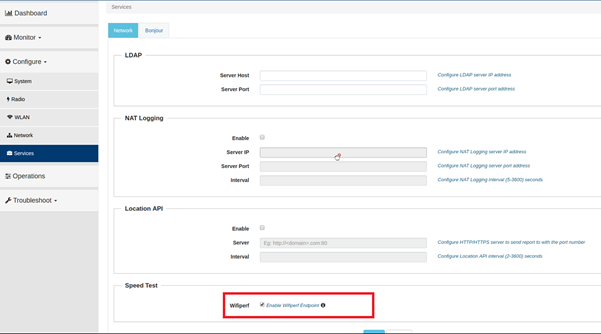 It would be helpful to know what TCP/UDP ports need to be open to allow for Wifiperf to operate.