In the work order demo form in https://www.cambiumnetworks.com/cnarcher-work-order/ what value would you put in the "template" field? Would it be the whole text from the device's template or the template's name in cnMaestro?

I have forwarded this to our support and development teams.

Assuming that your cnMaestro template includes variables (i.e. overrides that can be applied to a device), then the VARIABLE NAME and VALUE would be included in that portion of the work order.

So, for example, a cnMaesto template might contain 15 paramaeters and values, but all of the values are hard-coded.  When this template is applied to a group of devices in cnMaestro, all devices will get the same settings for these 15 parameters.

On the other hand, assume that there was a 16th parameter in that same template.  It was defined to include a default value and can be over-written prior to applying the template to a device.  In this case, the device would get the same 15 settings but the cnMaestro admin can edit the value configured for that 16th parameter.

In the cnArcher work order, that "variables" section refers to that 16th paramter.  This is where you would configure the parameter name and the value top be set for that customer.

Thank you for the reply. This means the value to input in the "template" field is the name of the template as it appears in cnMaestro, correct?

@aerojean, the work order’s “Variable” fields refer to any configuration variables defined by the cnMaestro template.  The “Value” field refers to the value assigned to the variable for an individual work order. 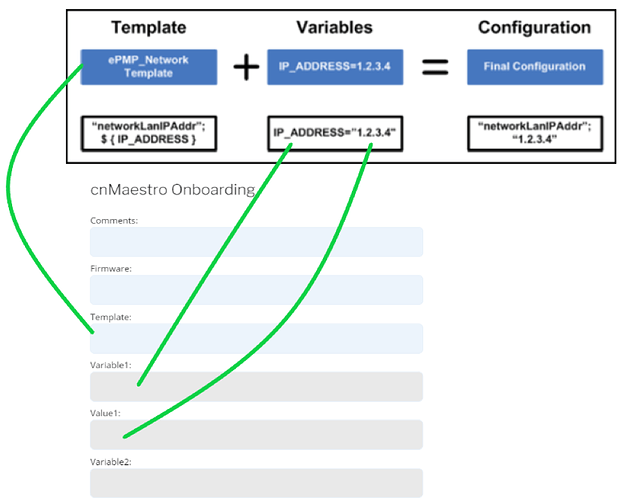 cnMaestro configuration (or template) variables are described below (pasted from the cnMaestro User Guide). 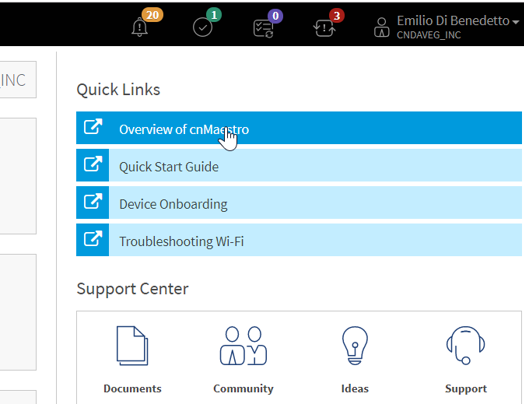 If using cnMaestro On-Premises, the user guide is available from the support site where the cnMaestro VM is downloaded.