Can someone explain how we can manually sign-on to the EasyPass Captive Portal for either Guest Self-Registration or Microsoft Azure?

When connecting to the Wireless network, some devices don’t automatically come up with the Captive Portal from the Wi-Fi menu of the device. In these instances, I would like to use the browser to navigate to the Captive Portal instead.

I’ve tried navigating to https://guest.cloud.xirrus.com/ but it doesn’t show the login page. Is there a way to bring up the Captive Portal manually?

Would this suggest a DNS issue where whatever address entered isn’t being redirected to the Captive Portal correctly?

I’ve tried adding in our DNS Server IP Addresses to the Whitelist that can bypass the portal access but still unable to redirect to the Captive Portal unless I use an IP Address in the URL field.

I have narrowed this issue down to being related to HSTS, as outlined in a similar post on the forums…

While guest access is configured with any of the available options( Free,Paid or Voucher) , any site with HSTS(HTTP Strict Transport Security) protocal does not redirect url to the guest portal. HSTS  protocal does not allow to add this exception to any browser for that specific website. HTTPs initiated Re-direction for HSTS (additional web security) enabled sites like Google.com and Facebook.com won’t work (the symptom is end user will not get login page). For HTTP or non HSTS enabled sites lik…

How do you therefore suggest I go about configuring our Guest WiFi to allow logins from a browser that supports HSTS enabled websites, such as google.com, which most browsers have search engines configured against?

What client devices and browsers are you testing with? Many devices try to load a well-known URL over HTTP and detect when the request is intercepted. 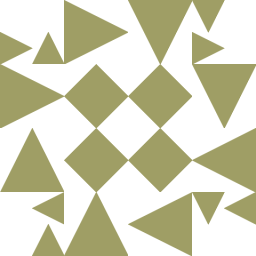 Most of the time the device brings up the captive portal fine but there are a few occasions, that for whatever reason, it just doesn’t load and in those occasions, I’d like to be able to tell the user to visit a webpage to bring up the portal manually.

We already have an instruction leaflet for Guest Wi-Fi so I think the best solution is to add a QR code to a non-SSL website (probably http://neverssl.com because it’s specifically designed for this issue and easier to write on devices that can’t scan a QR code) to that guide and should they have issues loading the Captive Portal automatically on their device, they scan the QR code instead.

That sounds like a good solution. It would be interesting to hear back if you ever figure out the reason why devices don’t always detect the captive portal. (I suppose it’s possible that they won’t be able to load http://neverssl.com when they’re in that state…)

Yes, absolutely. I didn’t previously have a way to manually bring up the Captive Portal but now I do, we’ll see whether that works when it doesn’t automatically connect.

I’ll update as soon as it occurs next.