cnMaestro Azimuth from AP to SM

There is  an existing suggestion to have cnMaestro display sector coverage - which is a great suggestion.

However, in a similar way, it would also be great to see the Azimuth from the AP to the SM. When we click on a SM in cnMaestro's map display, cnMaestro is already calcualting and showing the AP to SM distance - so it should be simple math to display the Azimuth right under the "Distance: 9.42 km" line. 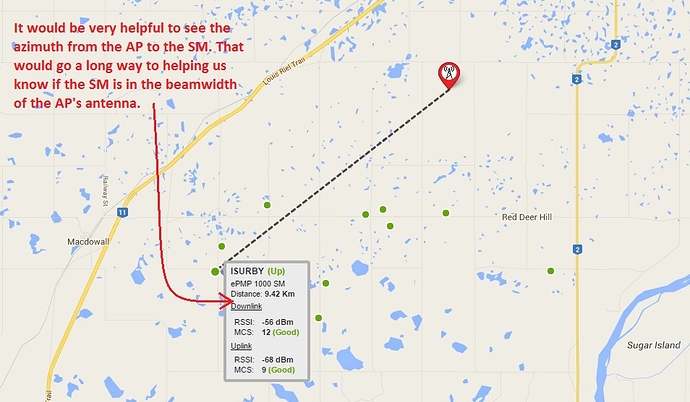 It would seem that this feature could be added farily simply and quickly. cnMaestro already knows the locations and distances - so displaying the Azimuth would be a greatly appreciated addition, and it would help us to know how much inside the antenna's coverage that client is.