When Layer2 bridge is enabled on nodes, each node forms a Layer 2 tunnel with POP and transports user traffic. Downstream CPE devices get the IPv4 address from the DHCP server running on the service provider’s network.

PC connected to POE interface of V5000 (to be acting as POP) via a switch.

The DHCP server should be running on the network, In this case, it’s being run on a switch and below are the details

Make sure CPE Interface Functionality (CPE_INTERFACE) is disabled on devices as this CPE interface will not be part of Layer 2 bridge. 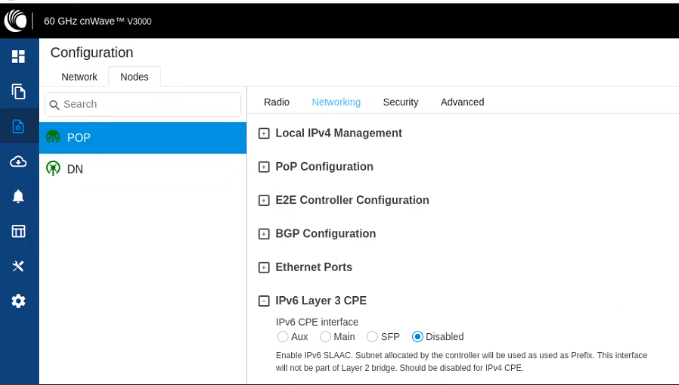 6 Likes
Set up of cnWave
How to reach/create link a CN trough a DN from the POP?