Feel free to ask questions about this product below, and I will do my best to answer them.

Let's get the ball roling with...

Whar are the main differences/improvements in the 450i vs existing 450?

There's a lot here, and I won't cover everything right now (we'll be adding as we get closer to official launch).

In a nutshell, it's the next generation of hardware design, and an evolutionary step forward for the platform.

2) Rugged, Inustrial design, the toughest, most robust PMP ever built.

3) Option for a High Gain integrated directional antenna for the SM.

When can we expect to see the radio on the shelf?

Look for the official announcement next month, with shipping to commence shortly thereafter...

Sorry for the vagueness, but I don't have exact dates yet as we're still buttoning up the product design.   As we're hinting at though, we are super excited about this launch, and want to highlight some of these key features and platform advancements to familiarize our customers with "what's around the corner".

Will the 450i SM for 900 MHz be integrated or connectorized?

The evaluation of antenna systems for the 900 MHz version of PMP 450i is going on now... we are planning connectorized versions for certain (both the AP and SM).  Because this is a MIMO (2x2) system, there are limited options for "off the shelf" antennas, so development is centered around the cost/performance balance here.  At launch, we plan to carry at least one AP and one SM antenna that will be tested and recommended for this product.

The PMP 450d is the same PMP 450 Subscriber Module (and is 5 GHz only), but mated with an integrated Reflector Dish.  The key spec is the antenna gain for this device is +25 dBi, which when tested side-by-side against the offset reflector dish (i.e. HK2022A) outperformed it across the band by about 1 dB. 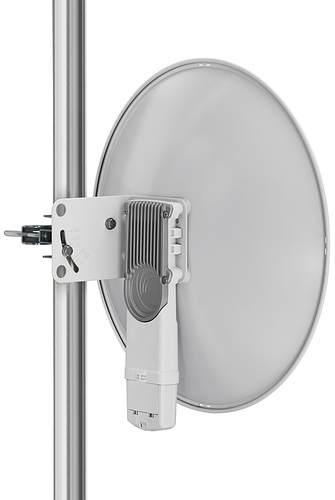 PMP 450 and PMP 450i WILL be interoperable (both the AP and SM), but not at launch.  The next software release will introduce this compatibility, and it's expected in the fall.

Would you kindly post a pic of the other side of this antenna?


Would you kindly post a pic of the other side of this antenna?

For you Brian... anything. 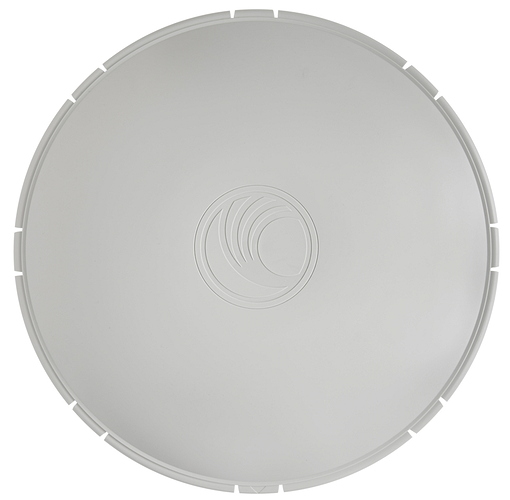 What are the dimensions on the dish?

I believe MattM mentioned that this dish is an SM, so no, you could not use two of these in a PtP setup. You'd be better off using the PTP450 anyway as it's optimized for PtP use. Maybe Matt could shed some light as to whether or not the PTP450 will get a UNII-1  frequency upgrade and/or the 450d's integrated dish at some point.

However, we will be releasing the 450i platform in a PTP variant, in both the connectorized version, and the high gain directional integrated (23 dBi flat panel) version.

The PTP 450i will be a compelling product that will cover 4.900-5.925 GHz, and will be certified for all available frequency bands within that frequency range.

Good to know!!  I believe that the "Zero point of failure" approach of a ptp with integrated high gain dish, certified for 4.9ghz, could be very easy to sell for municipalities, (given competitive pricing, off course)!

Can the front cover / sub reflector be purchased separately and work correctly on a Force 110? Will the Force 110 be offered with this radome style front in the future?

Since I am new to Cambium products, I was wondering will the 450i also require license key upgrades to achieve the highest speed possible. I see a vendor I use is starting to list them, but I don't see any mention if license key is require to get high speeds.