As someone who has made the switch from the dark side ( M$ Window$ ) to the light side ( Linux, Mint 18.03 ) I would love to see Link Planner come out in a Linux flavour instead of having to boot back to M$ Window$ or run M$ Window$ in VMWare or Virtual box just to be able to use Link Planner.

Linkplanner works fine for me I am zorin working with wine 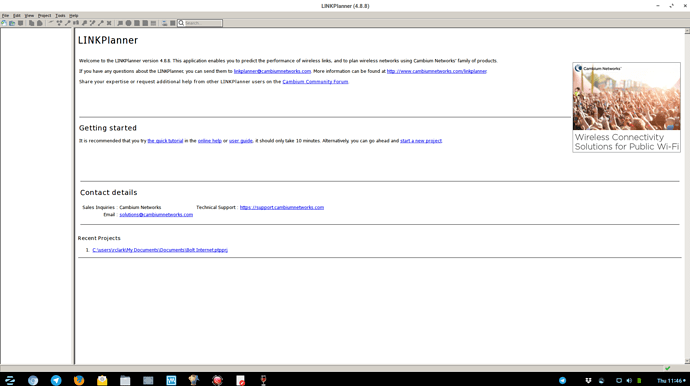 It took me some time (and googling) to figure out what you meant there (I am not a Linux guy)... but for others:

- Zorin OS is a personal computer operating system based on Ubuntu

- Wine is a free and open-source compatibility layer that aims to allow computer programs developed for Microsoft Windows to run on Unix-like operating systems.

So, based on what you said... it looks like LINKPlanner works well using Zorin OS in the Wine emulator.  While not an ideal solution (like running LP directly from a Linux or Ubuntu OS), this adaptive layer stuff makes it work.  Thanks for posting this!

LINKPlanner no longer work with Wine, is there any cosideration of making a Linux version of LINKPlanner?

We have no plans to release a Linux version of LINKPlanner. I haven’t tested under Wine for a while, but LINKPlanner still works fine on older versions of Windows (at least Windows 7). If Wine is still able to run Windows 7 applications then it should be able to run LINKPlanner.