"other Fault" appearing with Ubiquiti Radios and SIAE AlfoPlus Radio

I have recently swapped out a Netonix switch for a cnMatrix TX2020R-P based on the fact it should be able to power exery radio I own, however I am getting some very odd issues with it.

Powering my AirFiber, ePMP and PMP450 gear it works great, no complaints.

Powering ubiquiti AirMax Radios via the 24V Passive mode sometimes works and sometimes doesn’t, when it does it just displays “other fault” in the PoE interfaces screen

Please try using firmware 4.2.1-r5… also, please refer to this PDF to make sure you’re using the right banks and PoE types. If you’re still having issues, it would be best for you to open a ticket with Cambium support.
cnMatrix-TX-2K-Tower-WISP-Switches-Port-Connectivity-Guide.pdf (623.6 KB)

However the status now reads “other fault (34)” does that indicate what the problem may be?

Oh good. Since the update two of my Ubiquiti LTU radios won’t power up

I’d suggest opening up a support ticket while waiting for a forum response.

I suspect this post won’t tell you anything you don’t already know, but just in case:

Hello, Sorry that we did not respond to you promptly. PoE status can be: Detecting, Delivering Power, Overload (release 4.0.1), and Other Fault. Overload: When device draws more power than its 802.3 classification max. power. In this case, the switch will turn off the PoE on the port. Other Fault: When the switch is unable to deliver power to the device for unknown reason, it will display Other Fault. This condition requires assisting from engineering for advanced troubleshooting. Thanks. …

Any news on this? Thanks.

That other fault (34)
It would be good if there was a list of fault codes published somewhere.

same problem here I installed today. I can power on PMP450 but and I have working 2 UBNT AC for 2 minuts and then power fault A0.

Please upgrade the switch to 4.3.0-b6 at cnMatrix / Cambium Networks Support. 4.3 release includes an improvement to Passive-54V and Passive-24V modes. The official 4.3 release is scheduled for end of May.

Any suggestions to power up Mimosa or Mikrotik Routerboard too?

We are switching from Netonix to cnMatrix and in lab we have had no problems with small length patch cord, but on tower we can’t power nothing of our radios nor router.

No tried to upgrade to that beta firmware too but I would like to know if you have news on specific device like Mikrotik and Mimosa C5c, B5c and B11.

We have tested the Mimosa C5c in our lab, with up to 100m Cat6 cable with no issue when powered up by cnMatrix.
Per the C5c specs, the radio can be powered up with passive 24V - 56V.
The PoE port on the cnMatrix can be set from the default 802.3 PoE mode to either Passive 24V or Passive 54V to power up this radio. 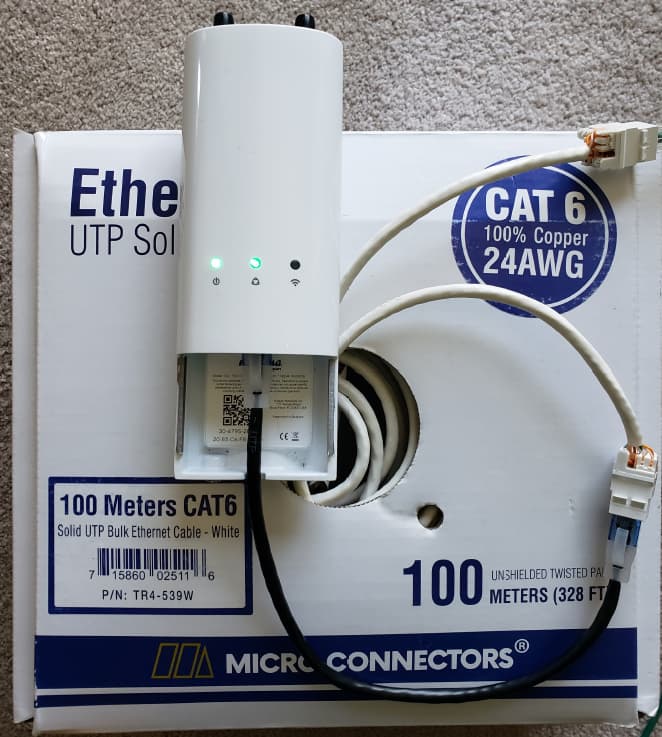 Not sure why your testing has shown no issues with powering up the radio with short patch cables, but cannot power the radios mounted on the tower.

For the Microtik Routerboard, (for example the RB260GS), the switch takes 11V-30V input on the PoE port, so the cnMatrix port needs to be configured to Passive 24V to power up this switch.