I was going through the engineering page and found that we are only using 4 of the 7 groups that only contain 3/4ths of our registered SMs. Assuming this is part of the quasi-beam forming that maximizes our bandwidth utilization, is there any guide yet on how to encourage these group formations based on signal, modulation or distance?

I am using the new link calculator now and have not found a reliable way to predict how to best group customers like what was recommended in the WISPA demo.

What is the recommendation in regards to this feature? Signal? Distance? Modulation? Geographical Layout in relation to the entire limit of the sector?

Sorry to keep you waiting on this.  I will ask someone from the Medusa team to reach out to you.

The 450m and cnMedusa technology is fairly complicated.  Therefore, the answer to your question is not an easy one.

We are learning more about the important aspects of the deployment and how best to optimize them every day, and are working toward providing more feedback to customers in order to make it easier to deploy properly and get the most out of the product.

One such tool is the spatial diversity matrix that we can help walk you through.  This will help determine if the direction that the 450m is pointing (in the azimuth) aligns with what was predicted in LINKPlanner, thereby giving you expected results.  We are willing to work with you on optimizing any sector that you may have concerns with.

Please email me directly at matt@cambiumnetworks.com, and I can direct you to the right folks to help.

Can you elaborate more on this spatial diversity matrix tool?

Below are the screenshots from 3 different 450M APs that show that the slot grouping is not distributing the load evenly accross the AP like I would expect it should be doing. It is very intersting that group 4 and 5 are getting the brunt of the load in 3 different scenarios . Matt, is this normal behaviour or should we be seeing a more even split in the grouping? 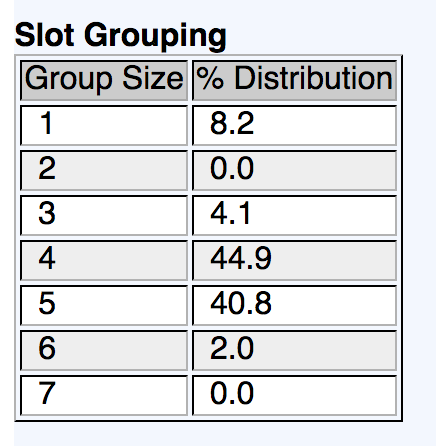 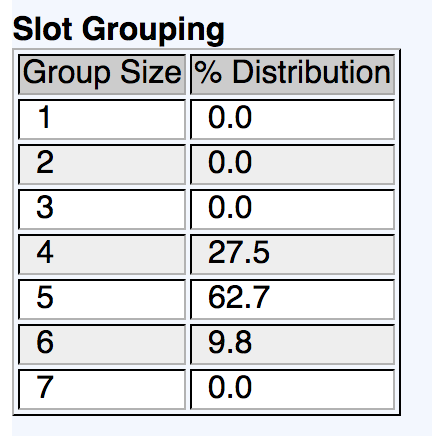 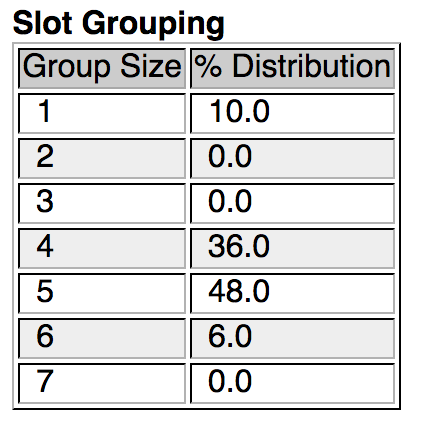 These are the frame utilization graphs respectively

Can you elaborate more on this spatial diversity matrix tool?

Hey David, do you have all the clients GPS points and if so, are they in a Google Earth KML? If YES, then you can load the KML into LinkPlanner, and then use the 450m profile to see what the theoretical capacity would be. It will also visually give you a good idea of how many clients are spread out throughout the 450m's coverage area. A 450m with its clients packed together tightly in one area will perform worse then clients spread out evenly throughout the entire coverage area.

In the tables David posted the left hand column is labelled 'Group Size' this refers to the number of SMs the Medusa is transmitting to simultaneously in a slot. The individual SMs in a group is dynamic and changes every TDD.

David is getting a good percentage of group size 4 & 5, this means he should be getting a decent performance boost over a non-medusa 450AP because only 1 slot is used to transmit what would have taken 4 or 5 downlink slots before.

what are your modulations on the SM's looking at, i mean if your talking to a solid 4-5 sm's at a time you'd think you'd be getting much higher than 40-55mbit at 100% frame utilization, i mean i'm on a regular 450 not even i and i get over 40mbit quite often and haven't hit 100% utilization it sounds like a modulation issue forcing low qam on a bunch of radios, or maybe a few radios that are very active.

Let me try to clairify why I was asking this:

I understand that if an SM is not transmitting it does not get grouped because it is not requesting information.

What bothers me is the SMs that arent grouped because they drag down performance of the sector. If you weed these little bastards out and assign them back to a regular 450i AP and keep your 450M AP selective you maximize your throughput when it comes to optimization. I dont want a handful of customers dragging down performance for my entire sector.

Just by removing "trouble" SMs and adding other SMs from a panel in the same direction we end up increasing performance, efficency and increasing the number of VCs!

It becomes a odd balancing act of optimization though, it will always be better to get a 4x customer up to 8x whether they are being grouped into groups of 1 or 4 ... increasing modulation is the the biggest impactor to sector throughput, MU-MIMO diversifies the issue so that a person with poor modulation may only affect others in his same group (i believe) but it would still heavily impact overall throughput.

I Imagine, the issue they would having showing customers who "aren't grouped" is its dynamic, i honestly don't think its possible for acustomer to "not" be grouped as they have to be in atleast 1 of the 7 areas the pmp450m covers with its sector.

If you have 7 sm's and only 1 is actively downloading a file he will be counted as "Group of 1" the way i understand it, but this isn't because hes a bad signal or poorly optimized customer its just because he was the only one actively getting grouped in that set of frames/time.

hell if 10 customers are  within the what 10deg? of each other from the SM they would all be group of 1 because they can only be talked to by a single lobe due to not enough spacial seperation.

High grouping just means you have high diversity between where your customers are located, so you can talk to 4-5-6-7 of them at the same time  during the last rx/tx window. but if you have low diversity with a lot of customers in the same few degrees of each other your grouping may only be 1-2-3

Unless i'm somehow misunderstanding how percentages are being shown.

NOTE: this is from someone not currently running a pmp450m just going from what i've read and observed and the tech. 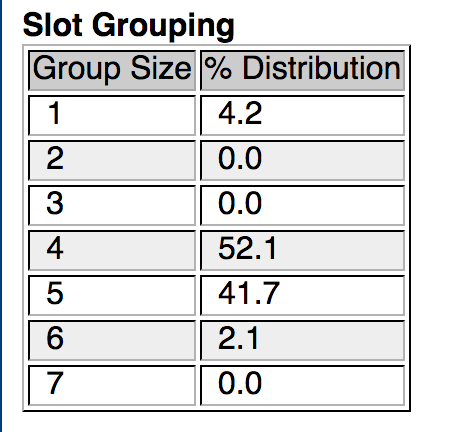 Right now im just pushing over 102mbps with 80 customers. Im going to try to see what I get around 100 customers, but you really need to hand select the right SMs or the entire thing turns to garbage.

Beware of rogue installers with poor signal quality and out of date software versions!

Can it support 7 Groups at 256QAM ? or once MU-MIMO is achived the max mod. decresed to 64QAM?

No steps are taken to explicitly limit the rate with MUMIMO transmissions. That said, 256QAM with MUMIMO for all 7 groups is at the limits of the RF hardware performance so this mode is not specified.

What do you mean by not specified

There is no guarantee the 256QAM modes will be reached by any given radio or indication of sensitiivty at which it may be reached.

First Medusa installed but i have different "grouped SM's" from the LinkPlanner project...

Maybe Medusa has been installed differently from the LinkPlanner Project?

b) the number of customer in the Geographic sector (of approximately 13 degrees) numbered 1 through 7?

My understanding is answer a) is correct.

Actually, it's neither of those things...

What that table indicates is actually a histogram of how often the 450m is able to make groups, and how many SMs are in those groups.

This should represent a significant gain vs. the  450 it is replacing (i.e. roughly up to 4 times the amount).  Keep in mind, that the sector throughput will only show 4x improvements if the SMs are requiring this.  That is, "Link Test with Multiple VCs" is showing the total potential capacity when all SMs in the sector are maximizing their throughput.  In reality, this might not be the case, so the sector may never realize the 164 Mbps number during normal operation (but it could when needed).

Do you think Medusa is well mounted with this grouping and throughput?

In the sounding tab i have all 113 VC in the sector are "VALID".

We have many NULLING_SNR+CHANNEL_DISTORTION but i think they are not a bigt problem. Right?

Does anybody know for instance the grouping numbers 1-7 im taking it these are the beams formed by the 450m. But what group is middle is it 1 or is it 4 meaning is one the left or right edge of the AP or is it middle and so forth if somebody has the answer to that i would apprecite it.

Also for instance if one group is maxing out on the frame utilization is that a good or a bad thing?