Recovering the Onboard E2E Network from a Failed/Unrecoverable PoP Node

This article explains how we can recover the network from an available backup when the PoP Node crashed/failed/unrecoverable.


NOTE: This feature is applicable only if the available backup was taken from a network with a PoP Node running 1.2.2 Software image version.

What is not recommended? 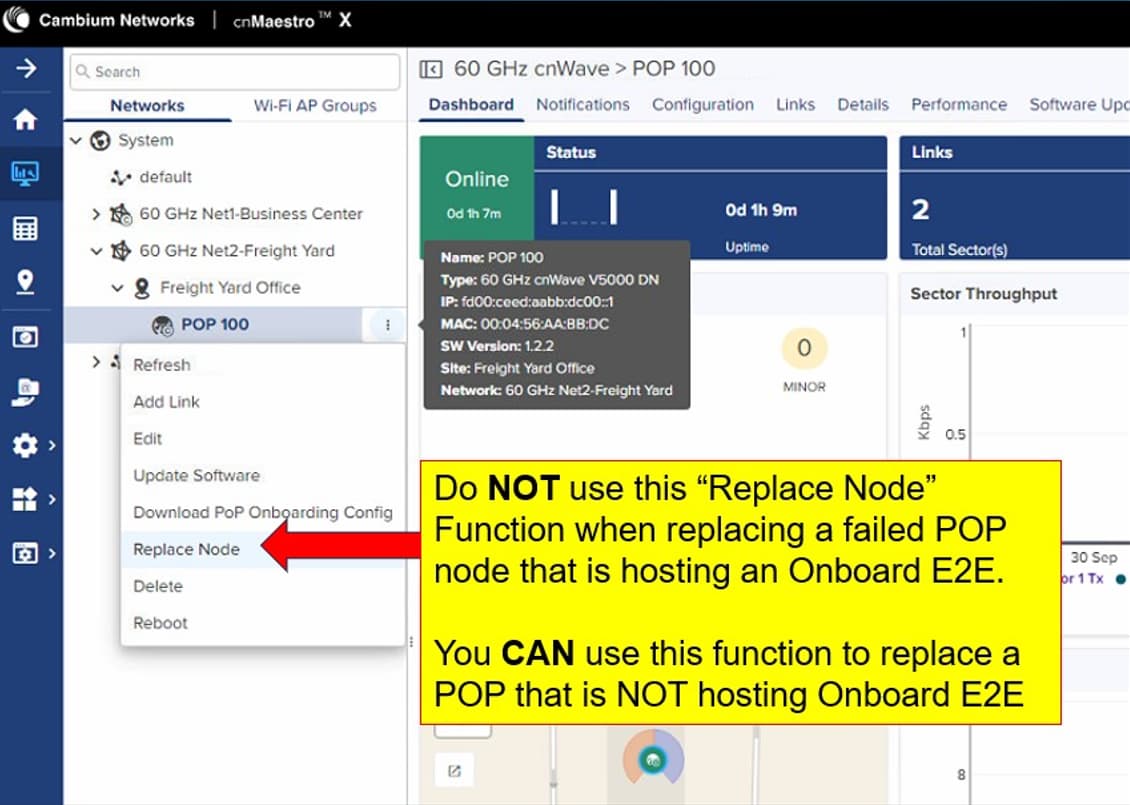 Note: Although, since an Onboard E2E can support Multi-POP, the “Replace Node” function should be available for a POP that is NOT hosting an Onboard E2E

How long should this take?

Approximately 5 to 10 mins after the backup has been successfully restored.