VLAN configuration on cnPilot: where and why

There are three different places where VLANs are configured on cnPilot access points. This post explains their function in each of the locations (& why they are all in different places)

When configuring an SSID there is an option to specify a VLAN. This indicates the VLAN where all the traffic from this SSID is bridged to.

When a packet is received from the wireless client on the air, it is marked/tagged with this VLAN and sent to the bridge for forwarding. Based on the configuration this VLAN could be bridged out of the AP as-is, or routed or NATed by the AP. That configuration is a secondary step and setup independently. At this point in the config all we are saying is every packet on this SSID is mapped to this VLAN.

Note that an AP is NOT required to have an IP address on the VLAN where it is bridging traffic. So there could be 16 different VLANs, each mapped to its own SSID, but the AP could be having only one IP address on one of the VLANs. 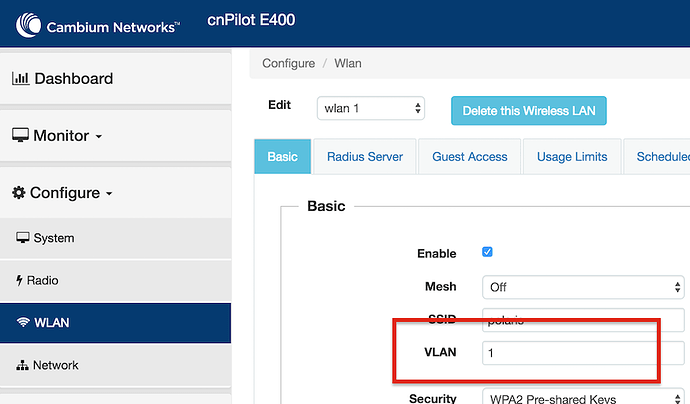 this configuration in the GUI is in the network section: 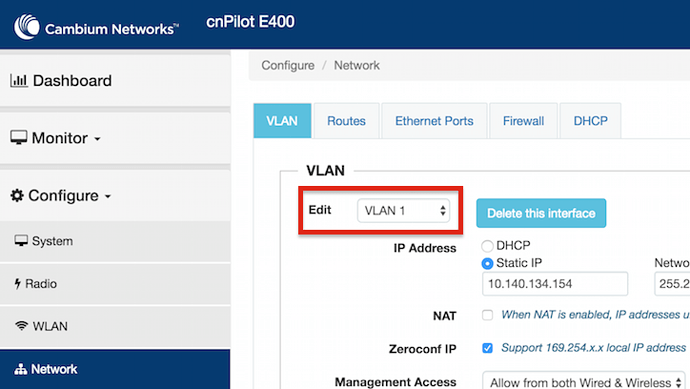 3. VLAN in Switchport configuration of the Ethernet Port

A third location where VLAN configuration shows up is when configuring the Ethernet port. By default the port is in access mode with a single vlan (1), but it can also be configured to trunk mode when multiple VLANs are supported and packets with 802.1q VLAN tags are to be bridged out by the AP.

In trunk mode all these VLANs that are to be bridged can be configured. Note that this configuration MUST match the corresponding port config on the switch where the AP is plugged into for packets to be bridged properly.

Since all this configuration specifies is which VLANs are valid for that port to be bridge (in or out of the AP) this config resides in the ethernet port section. A VLAN will typically correspond to the VLAN in a SSID config, but it need not (Eg: if the AP is using NAT for wireless traffic). 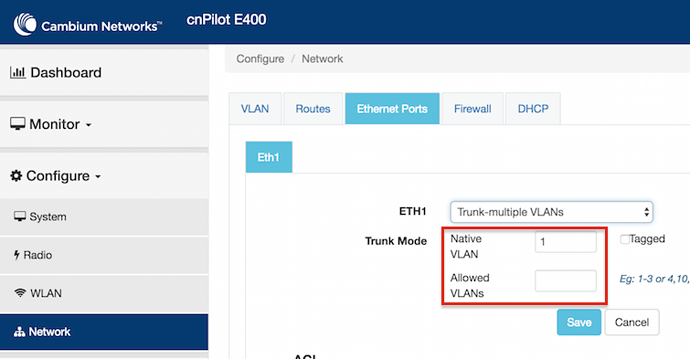 2 posts were split to a new topic: Help configuring VLANs on R195