What Can You Do with 45 MHz of Additional Spectrum?

Commissioner Pai suggests only 45 MHz of the 75 MHz total be dedicated to Wi-Fi. While it’s as yet uncertain exactly which rules this added spectrum would follow, he did state it would be contiguous to the existing 5.8 GHz spectrum, meaning 5850 to 5895 MHz. If the FCC decides to follow the same rules as the existing 5.8 GHz band, this would be very advantageous for fixed wireless deployments.

For existing Cambium Networks customers using either ePMP or PMP 450, this is very welcome news. These products were already designed to support frequencies higher for regulatory regions outside the United States. Therefore, they support these frequencies with optimal performance, and will only require a software update in order to take advantage of these frequencies, which are not currently being used by anyone. 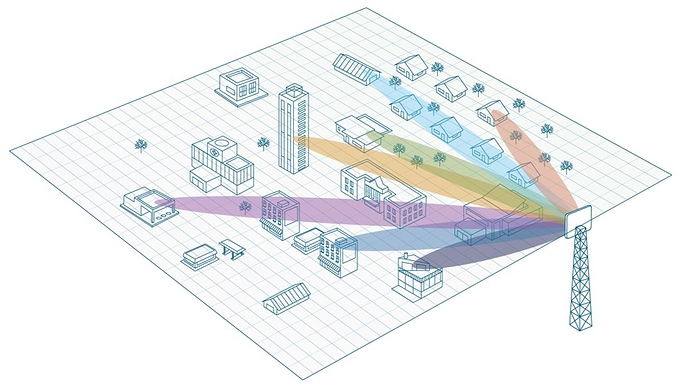 I have read about Wi-Fi 6 (or Wi-Fi 6E) an increasement of the bandwith to "free" part of the the 6 GHz.

If is true, our devices support that kind of frequence?

If the FCC allow use of this new band with little change to the rules or mechanisims to access it, it's highely likely that all of Cambium's existing 5GHz radios could be certified for use of this new band. If the FCC decides to make access to the band more complex, like it did with 3GHz and CBRS, by requiring a SAS, this might make it more difficult and expensive to utilize.

"For existing Cambium Networks customers using either ePMP or PMP 450, this is very welcome news. These products were already designed to support higher frequencies for regulatory regions outside the United States. Therefore, they support these frequencies with optimal performance, and will only require a software update in order to take advantage of these frequencies, which are not currently being used by anyone."

I continue to be optimistic that the FCC will act on this in the near future. It's a very good thing for WISPs using Cambium equipment in the US.

Telemar - When you refer to Wi-Fi 6, this is the chipset capability, not necessarily the regulatory environment. For example, in the US, opening 6 GHz has been talked about, but there will be vary large hurdles to doing so... even opening this additional 45 MHz has caused a stir among amateur radio operators (HAM radio folks), but this may be a bit misguided or confused.

It seems like a lot has happened since January 2020. Is there somewhere on the Cambium web site that describes the vision for 6 GHz? I’m particularly interested in the PMP-450 and I’m Canadian so I would welcome any thoughts on the opportunites and challenges around the ISED decision as well as the FCC decision.
FCC https://docs.fcc.gov/public/attachments/DOC-363945A1.pdf
ISED https://www.ic.gc.ca/eic/site/smt-gst.nsf/vwapj/SMSE-006-21-2021-05EN.pdf/$file/SMSE-006-21-2021-05EN.pdf

Not exactly what you are looking for, but there is a bit more discussion of 6GHz here:

(Continuing the discussion from Could a 450M 3GHz support 3900 - 3980MHz?) Additional to my question above about whether Cambium would consider a hardware revision for 3900-3980, I’m curious about Cambium’s ability to operate in the 6Ghz Band with the 5Ghz 450m(or an alternative) for Point to Multipoint purposes. For background: ISED Consultation http://www.ic.gc.ca/eic/site/smt-gst.nsf/eng/sf11627.html Item 93 in the 3800 consultation; “In addition, ISED had been monitoring the U.S. proces…

Thanks for the reply. I also see that 6 GHz shows up in the Animal Farm presentation as part of the 450 “plan of intent” in 2nd half of 2022.

that would make the upper 5Ghz band usable for an 80Mhz ptp link and still not hose the rest for an AP or two! Hell, 40Mhz of clean spectrum means no more getting stepped on by other systems (5Ghz boosters! yuk!)